I set out alone last Monday for a day hike to Jingdashan 京大山. I was expecting a four to five hour hike, but it turned out to be a good eight hours. I guess I’m a slow hiker. 🙂

Most people will get to Jingdashan 京大山 via a road starting near Duona village in Maolin. The way I took starts on the other side of the peak. After you drive through Maolin village, there’s a road on the right across from the fire station. It takes you down to a bridge that crosses the river and then up the other side. You can make it up a good ways with a car or scooter, but eventually you’ll need to go on foot unless you have an offroad vehicle. Worst case, you’d hike a couple kilometers on a well trodden trail before getting to the trailhead. I found it one day when I was riding around Maolin. I was told it should go to Jingdashan, but from the looks of it, it’s not often used. 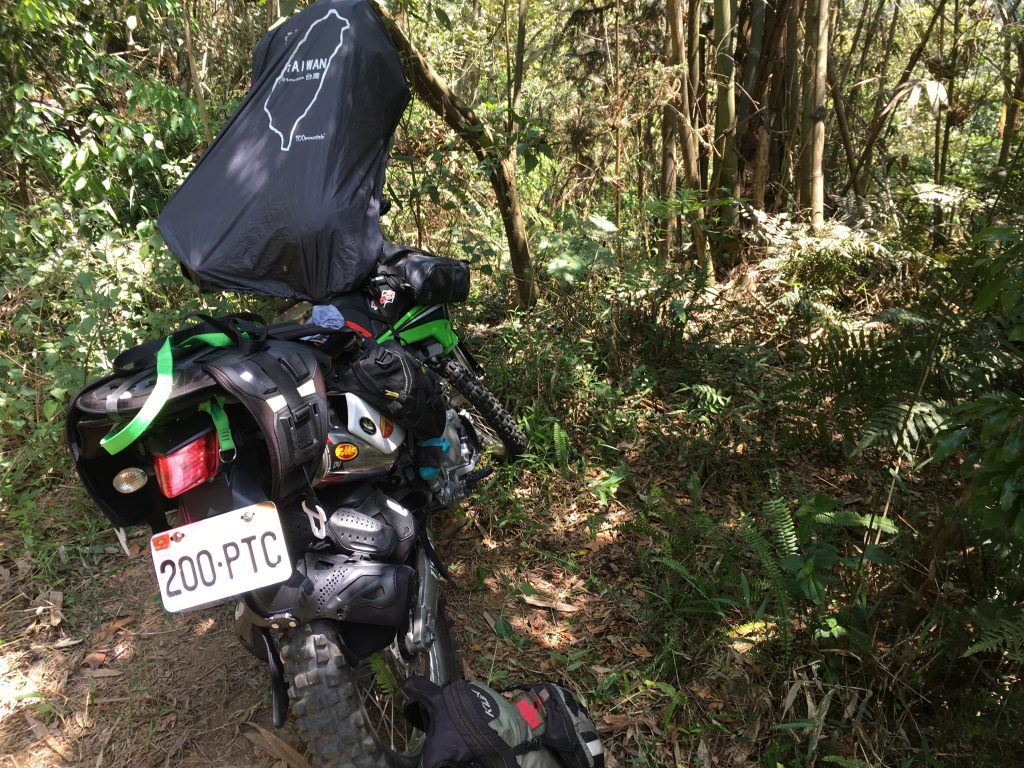 From where I parked there’s a place to camp. You’ll find two trails nearby. One goes up and one goes down. I’m curious where the “down” trail leads.

For the most part, the hike seemed to just go up, up and UP! There wasn’t an actual trail to follow. More like a somewhat trodden “path” that was difficult for me to make out at times. Luckily I had a GPS track to follow that I found on the Internet. It started on the Shaxi Lindau side and linked up about halfway, but was better than nothing. I did come across hiking ribbons from time to time to let me know I wasn’t completely lost. 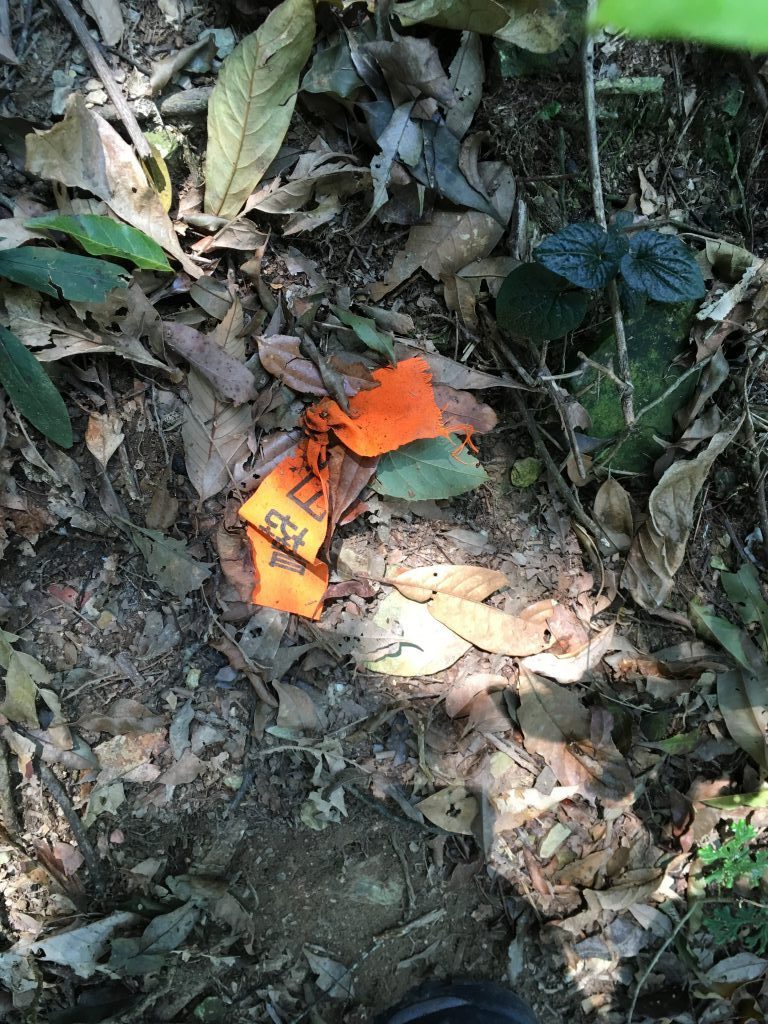 A couple looked newer, but for the most part they looked ancient. 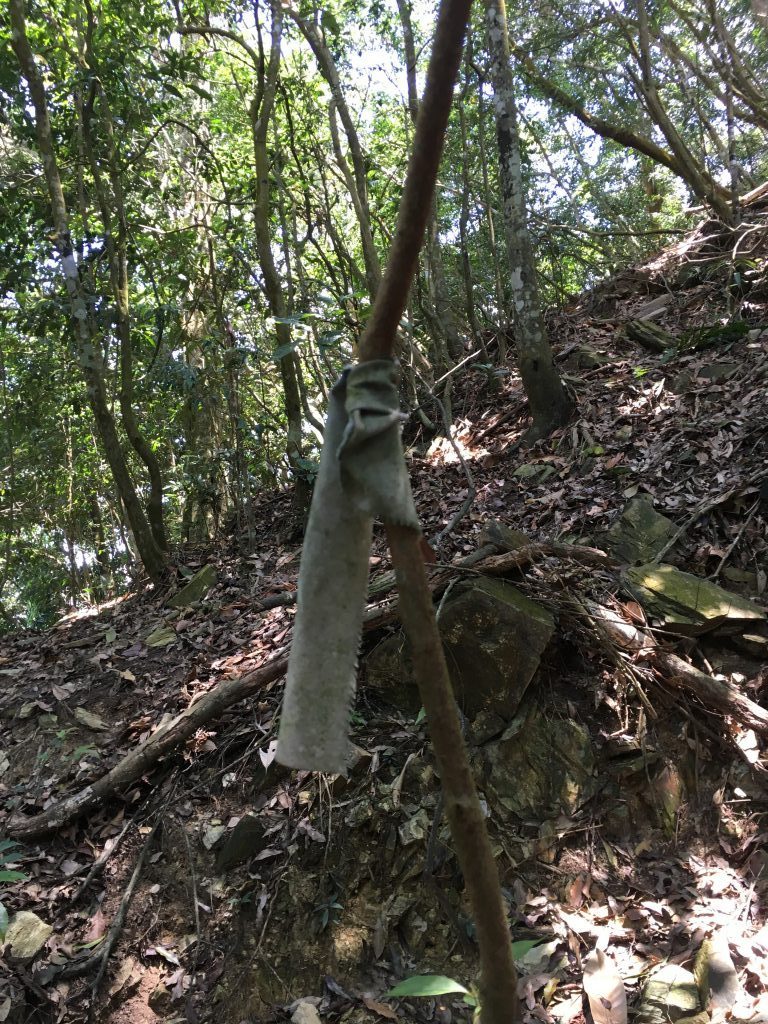 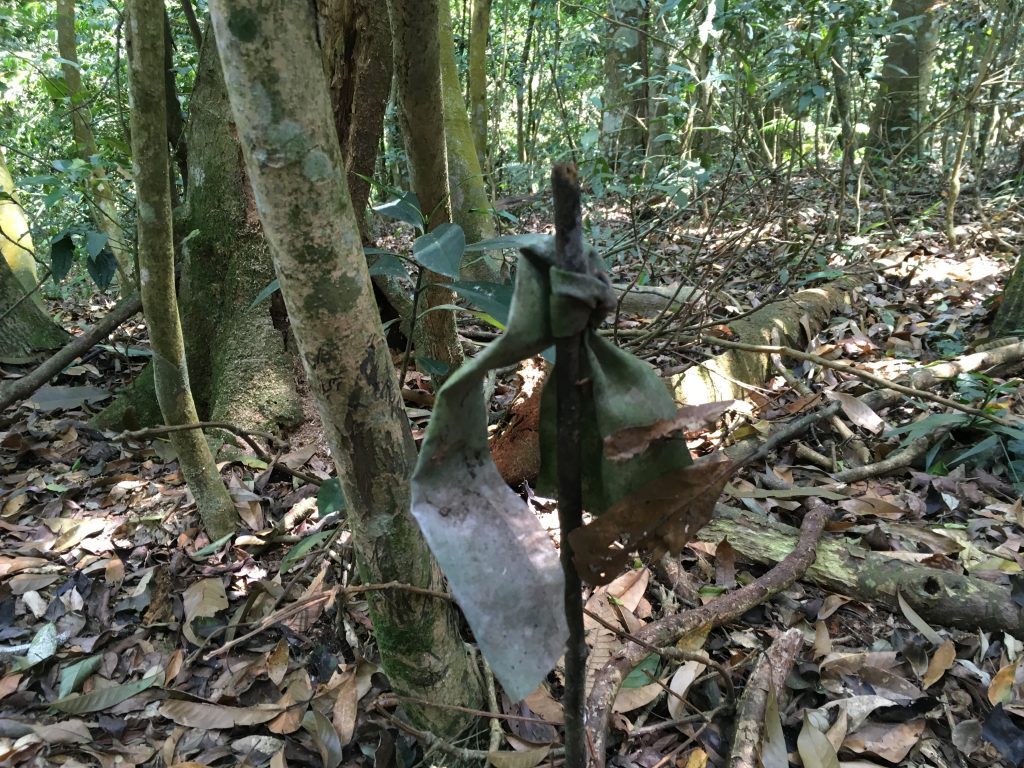 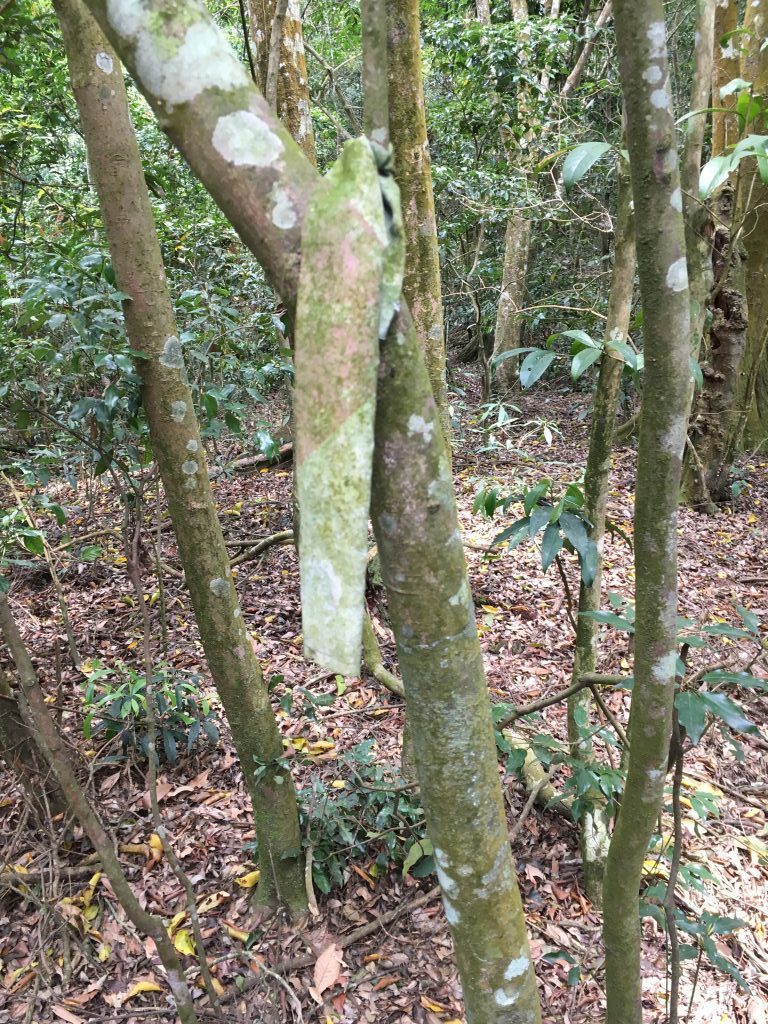 There were also several of these old things. I’m sure there’s a technical term for them that I’ll eventually learn. It was good to see them; I knew I was on the right track. 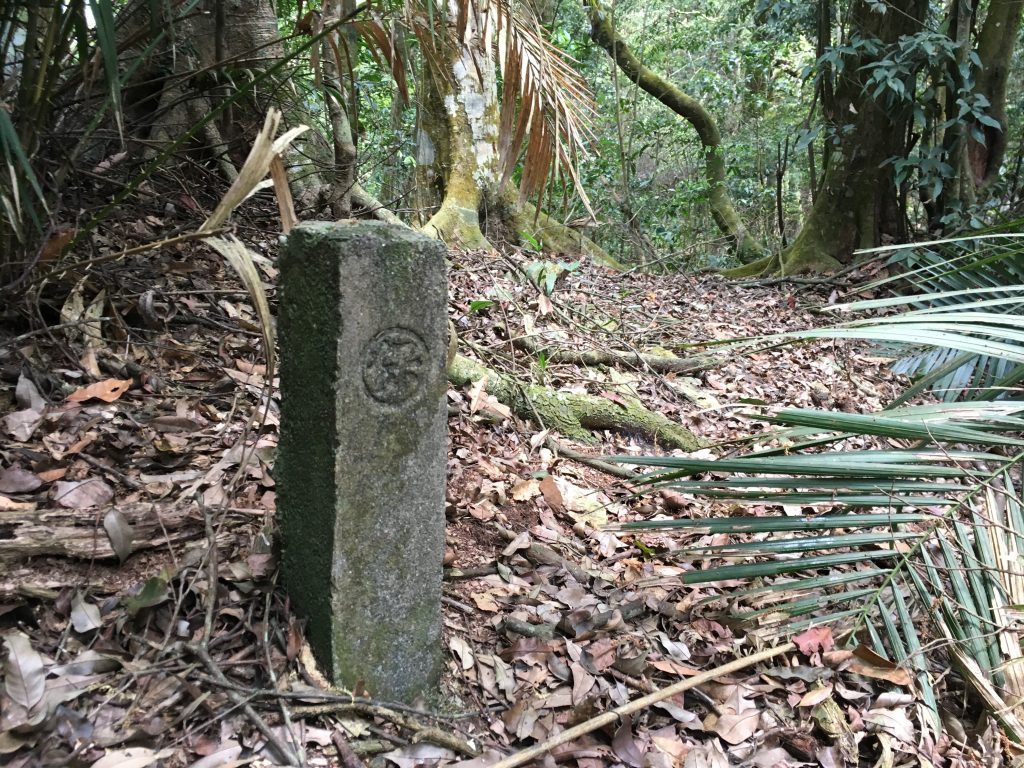 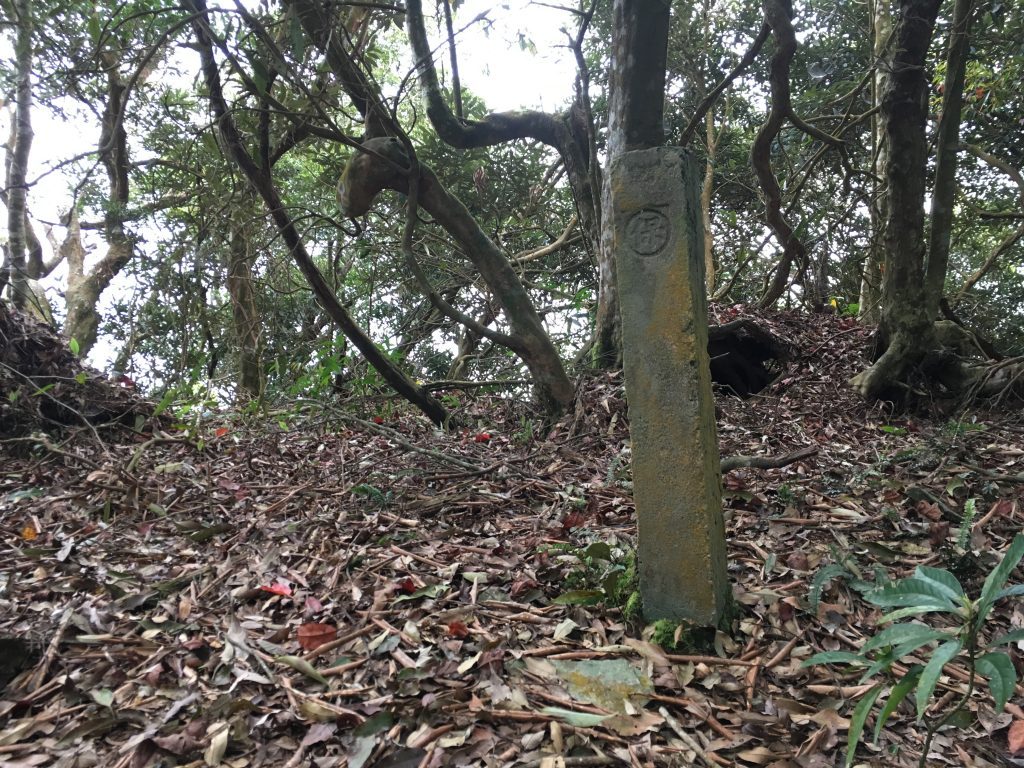 There wasn’t much of a view on the way up. At best, I could see the famous long suspension bridge down below roughly halfway through the hike. 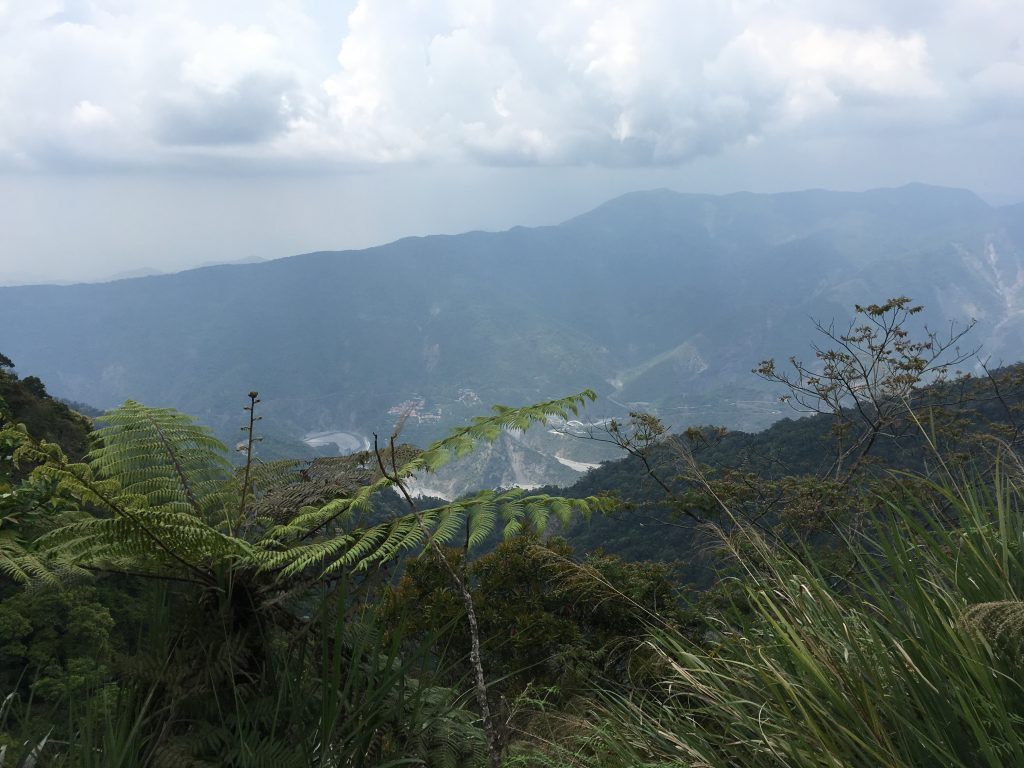 Somewhere along the way I came across a makeshift camp. The fire is ready to spark up and a pot ready to boil! 🙂 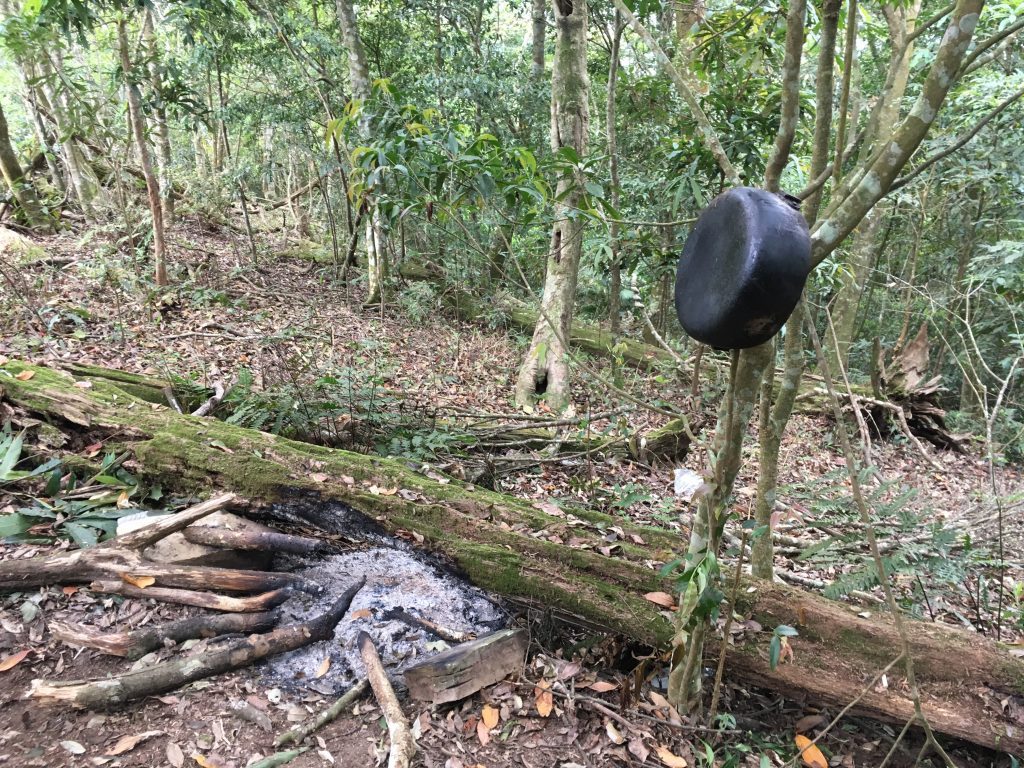 I also found this interesting tree. Something appears to have made these horizontal scars into the tree. 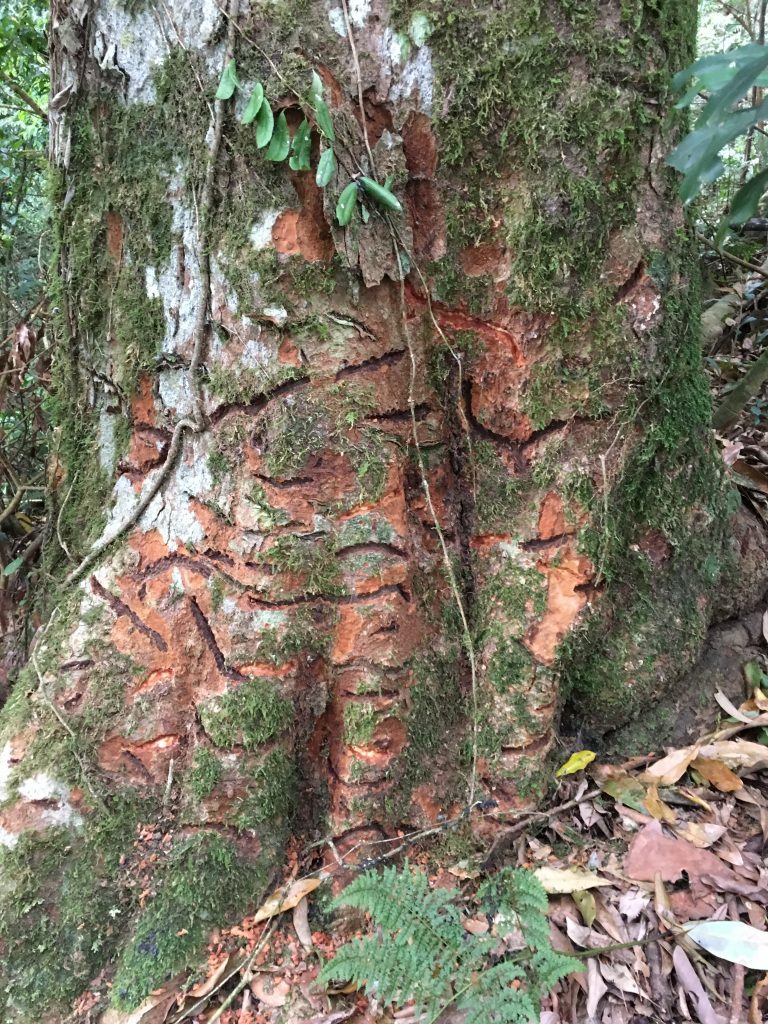 At first I thought it was some animal, but I’m told it would have to be a huge animal. Someone suggested it could have been vines digging in. That makes sense, but where did the vines go? Perhaps insects, but where are they? You’d think they would still be there eating away. The only other thing I can think of would be disease. But that seems odd to me as well. Whatever happened, it’s still happening. Some scars look fresh. 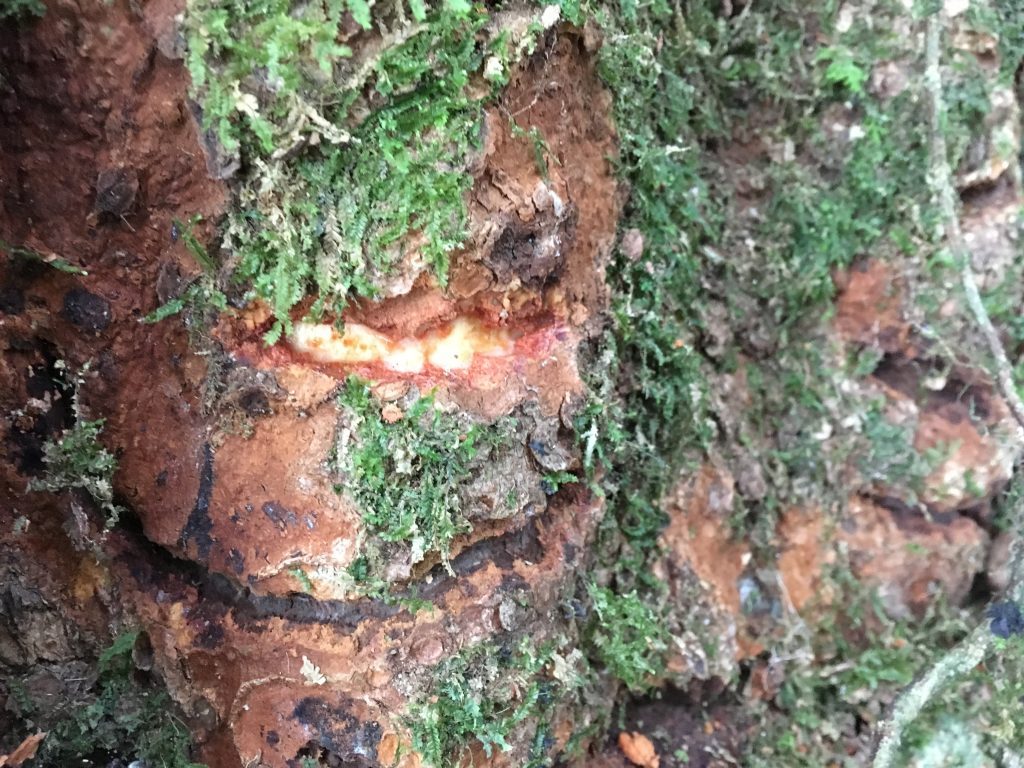 Looking up the tree you can see this has been going on for quite some time. 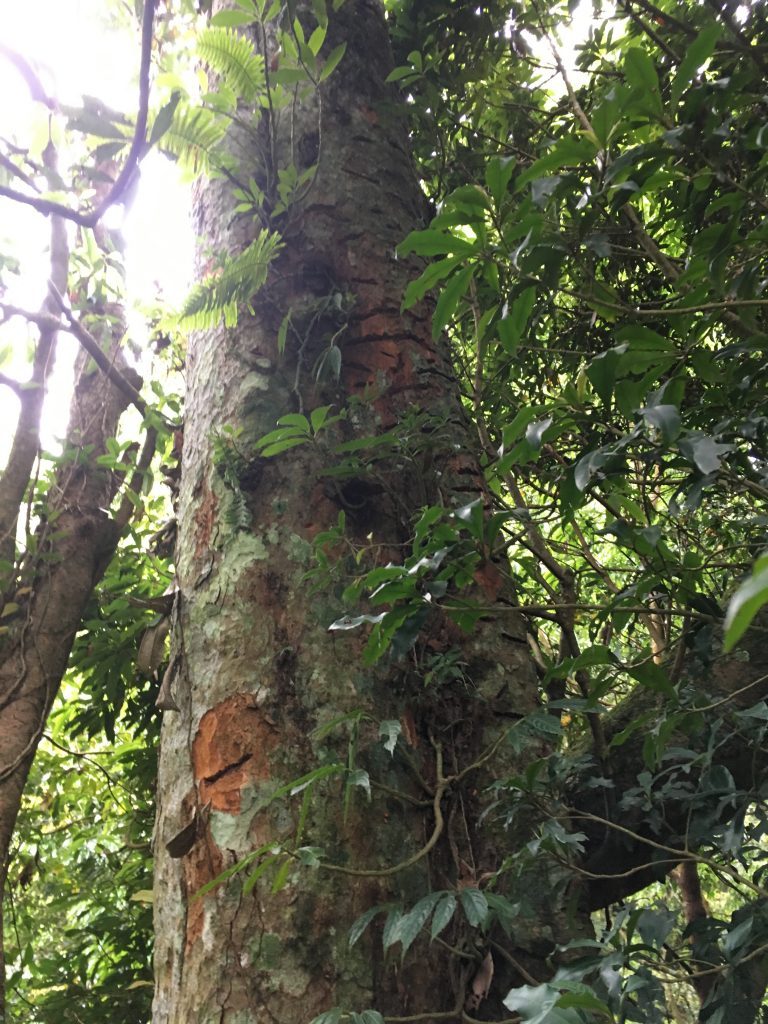 In case that grossed you out, here’s a lovely tree to get your mind off it. 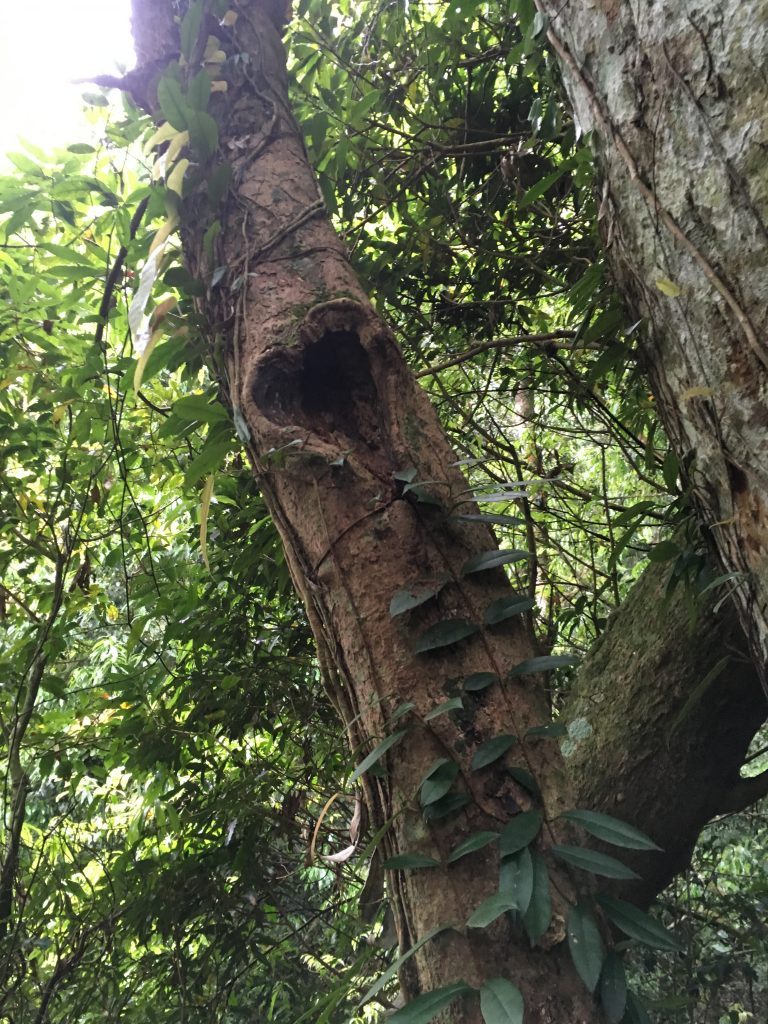 For the most part the hike was pretty straightforward. But about halfway there were a bunch of these ferns blocking the trail. 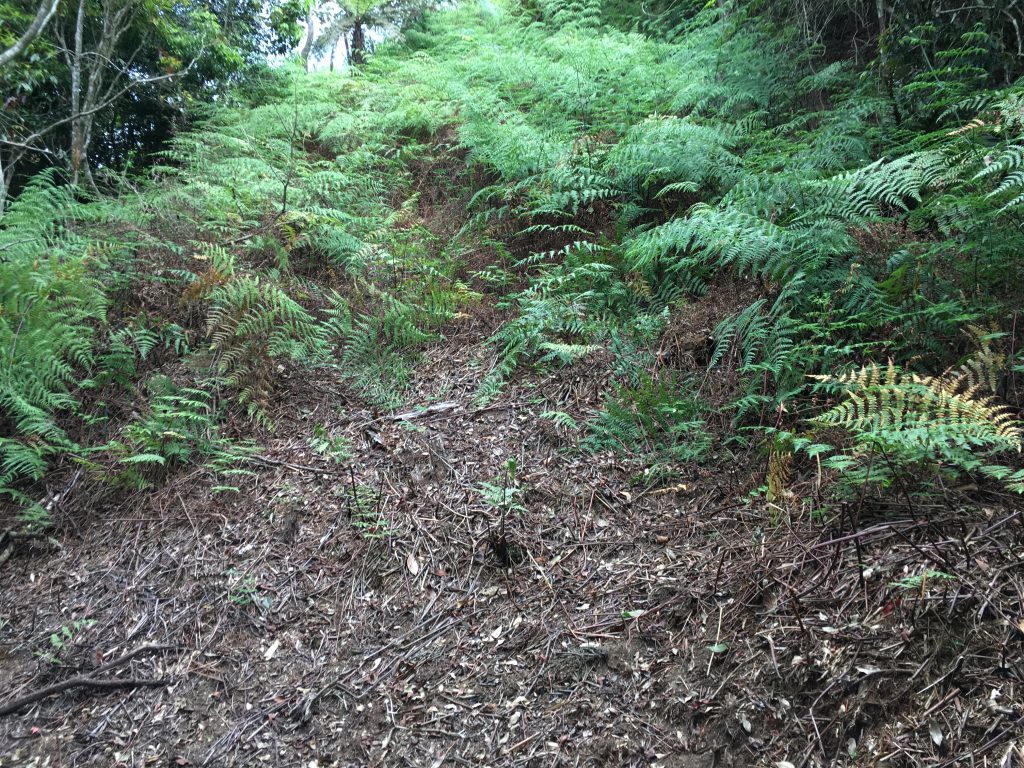 There were a lot of them and thick! I wasn’t about to machete my way through, so I went around. It certainly added some time to the hike.

Close to the end I found this old weather sonde. I used to be a weather observer and have launched these into the air on several occasions. It was kind of a nerdy bucketlist find for me. 🙂 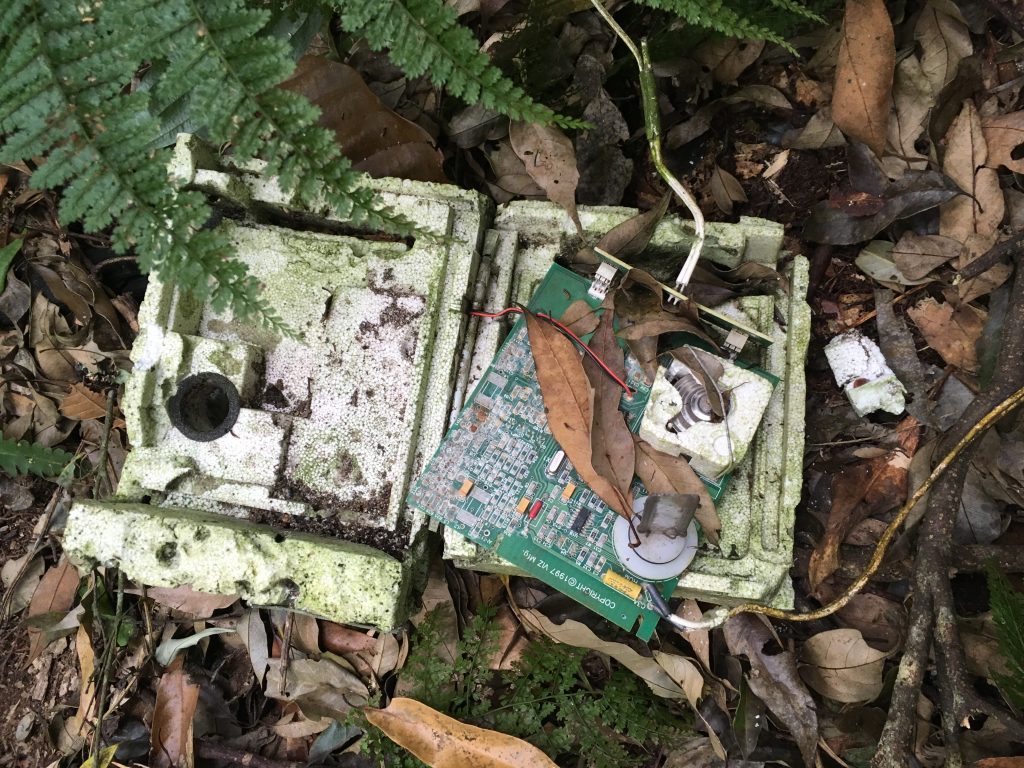 Not long after I was at the top! 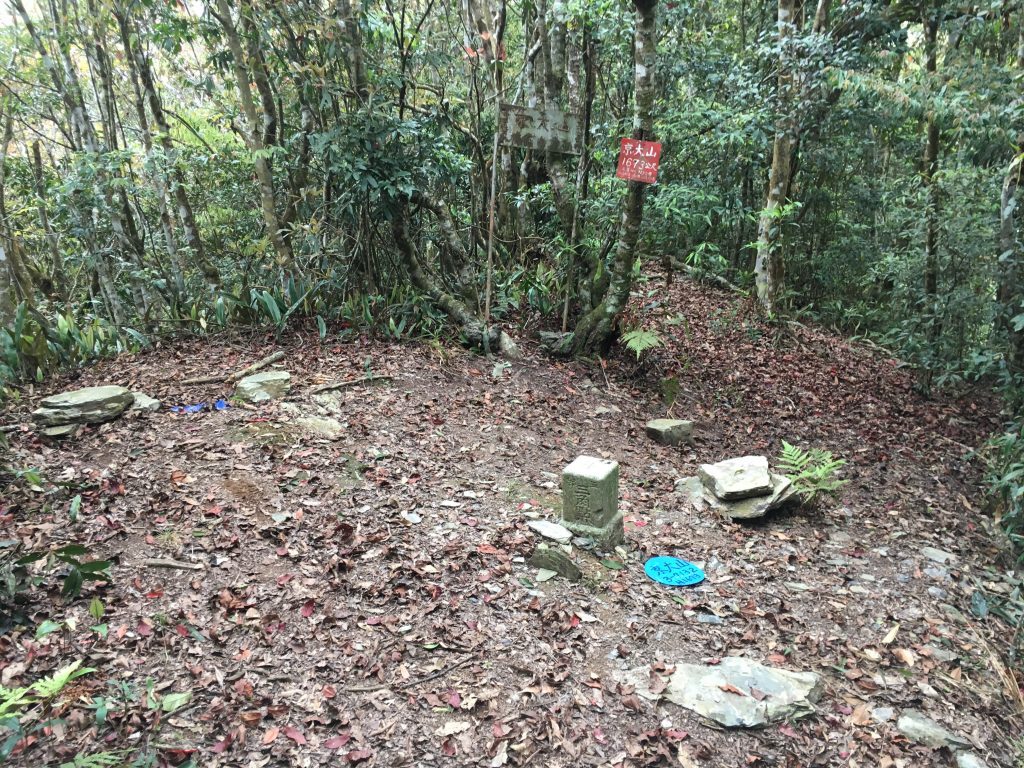 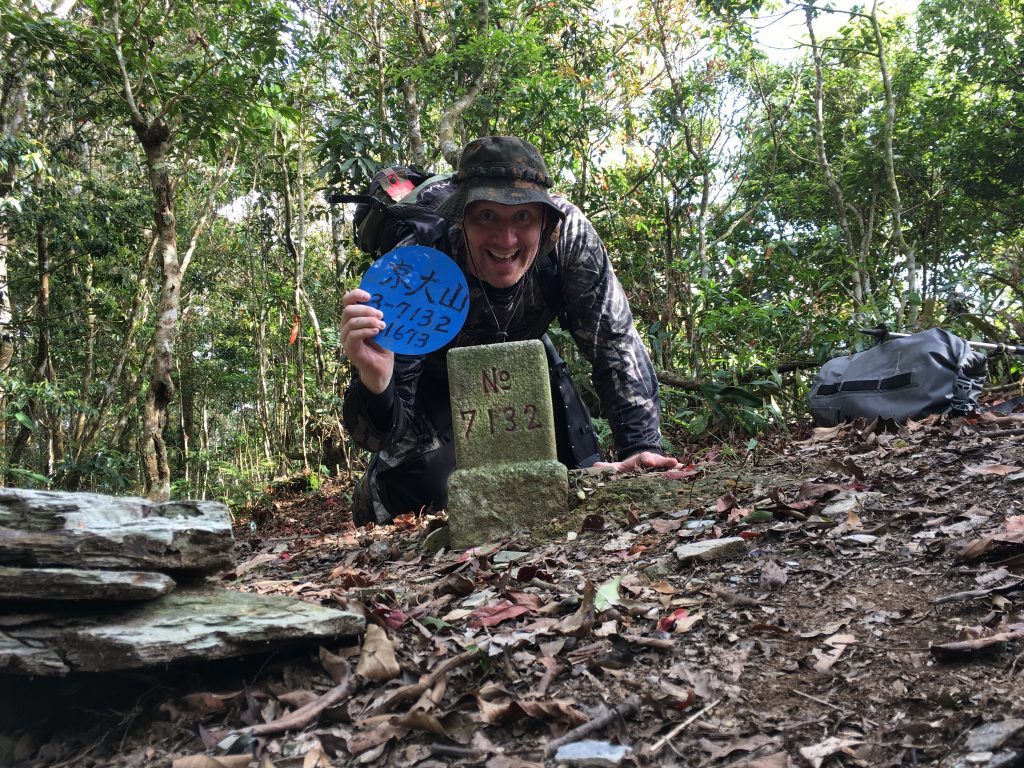 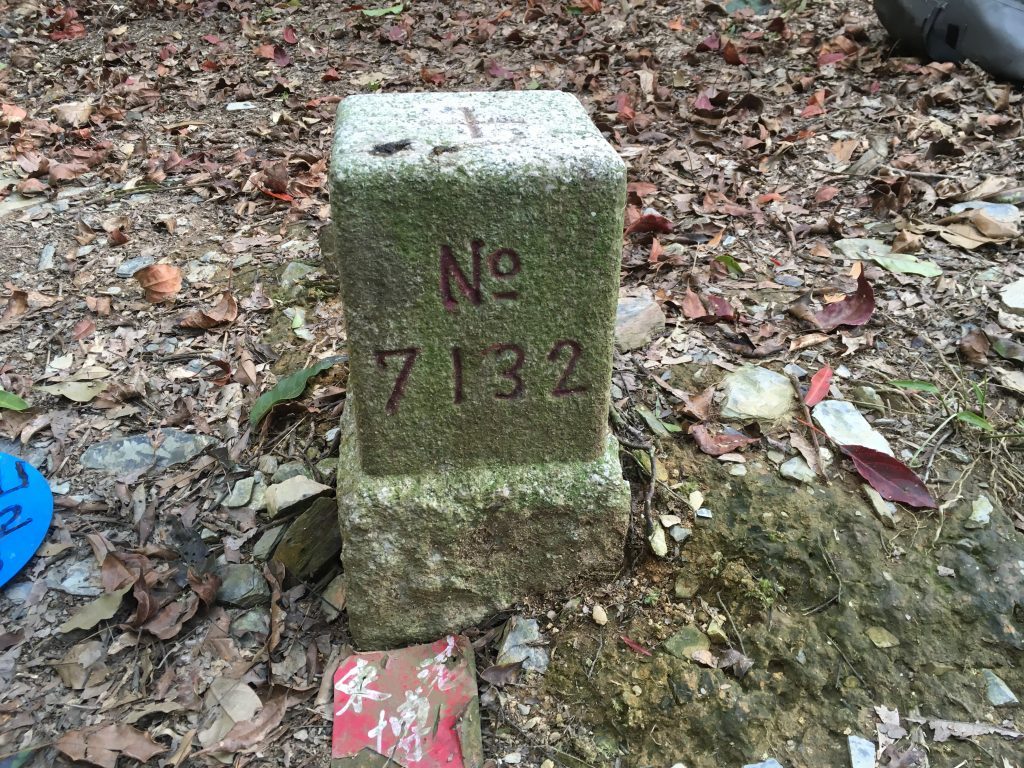 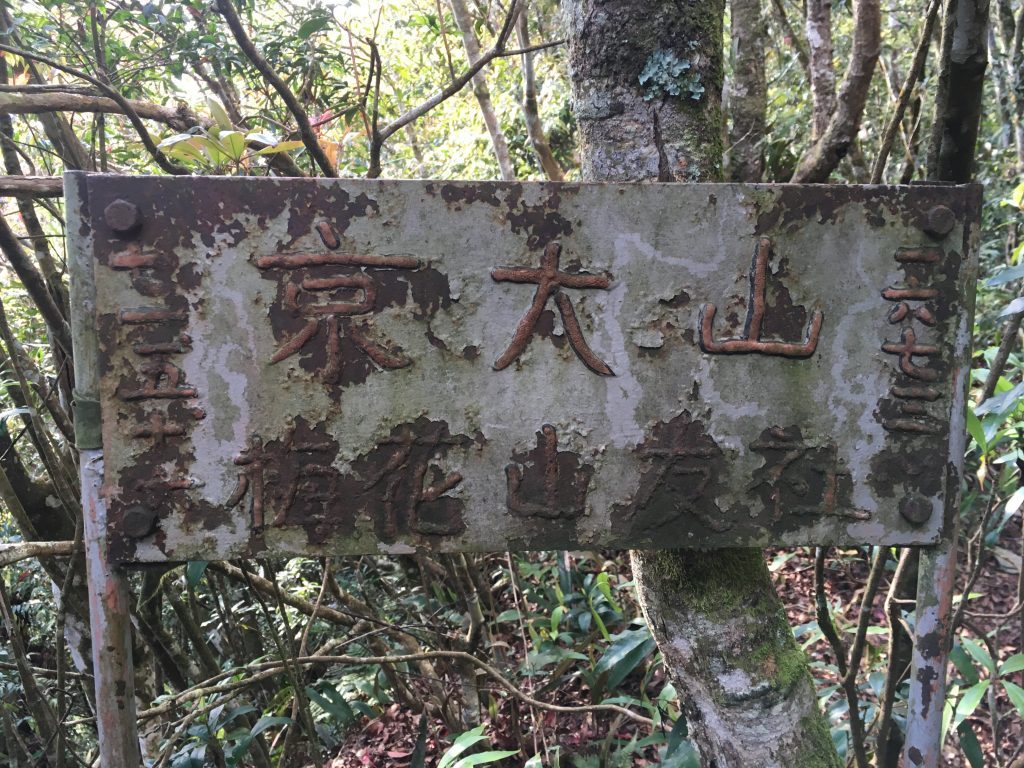 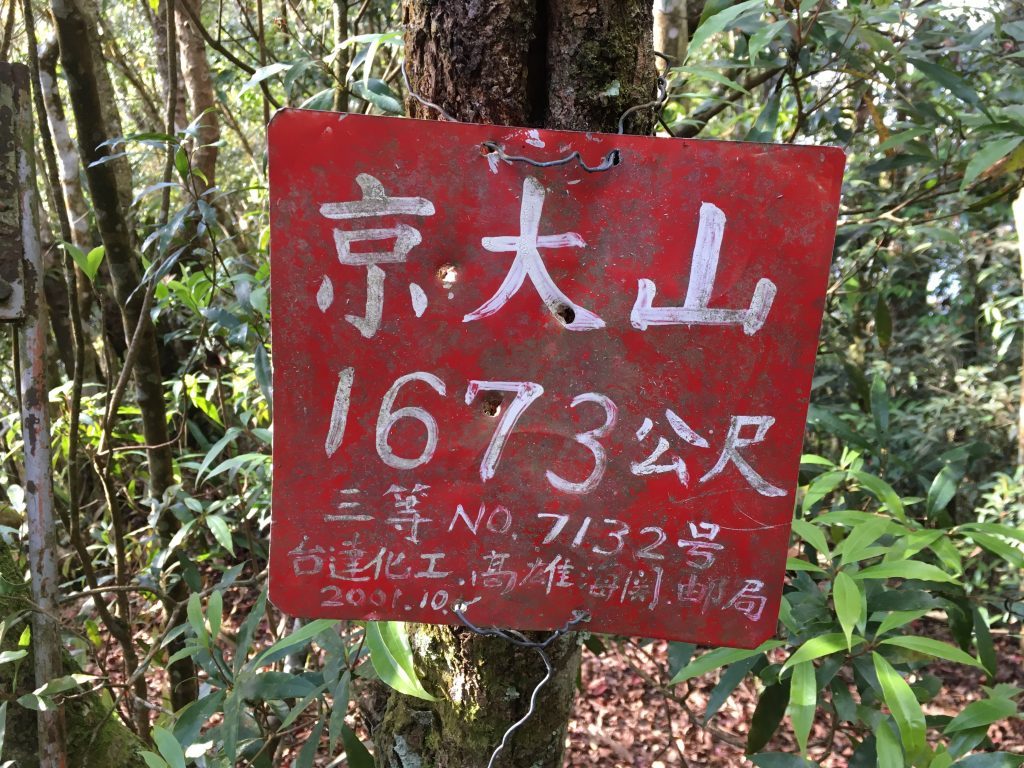 Unfortunately is was getting late and I needed to immediately start heading back…which was the last thing I wanted to do. I skipped cooking food and making coffee and just snarfed down a bag of trail mix, energy bar and some dried mangoes. The last hour of the hike it was pitch black. But I made it back to my bike without any mishaps. Though I did lose my hiking stick! Kinda bummed about that. It definitely happened in the dark. So if you happen to find a Leki hiking stick in the first hour or so of this hike, you know who it belongs to. 🙂

And a few random pics from the hike… 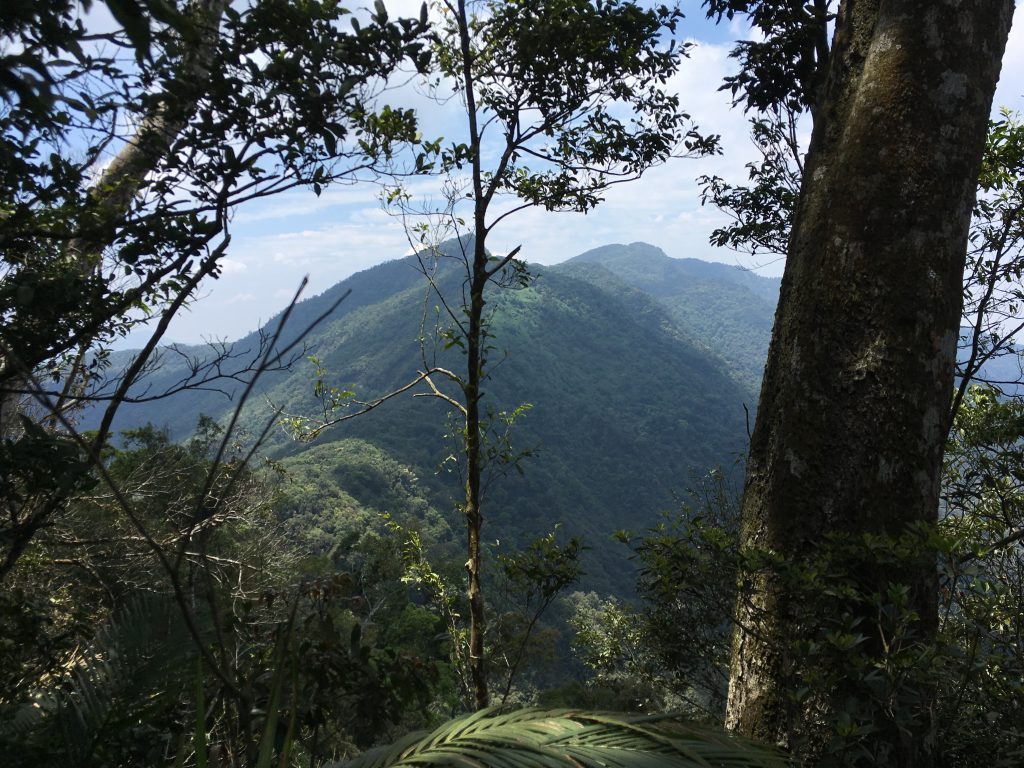 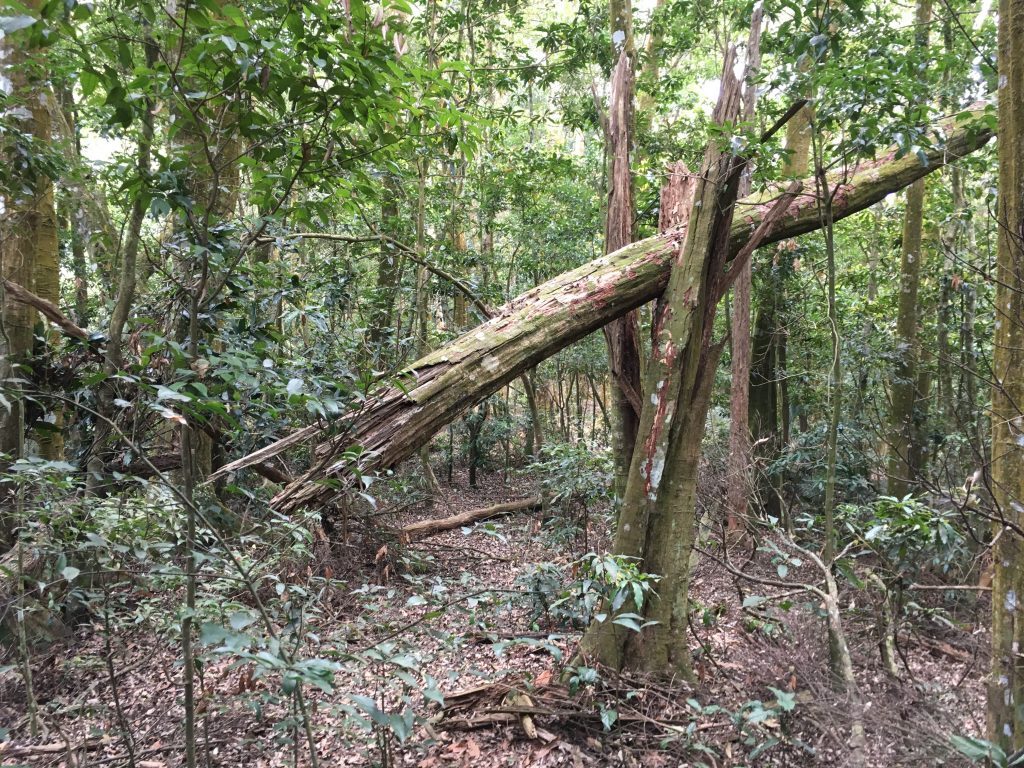 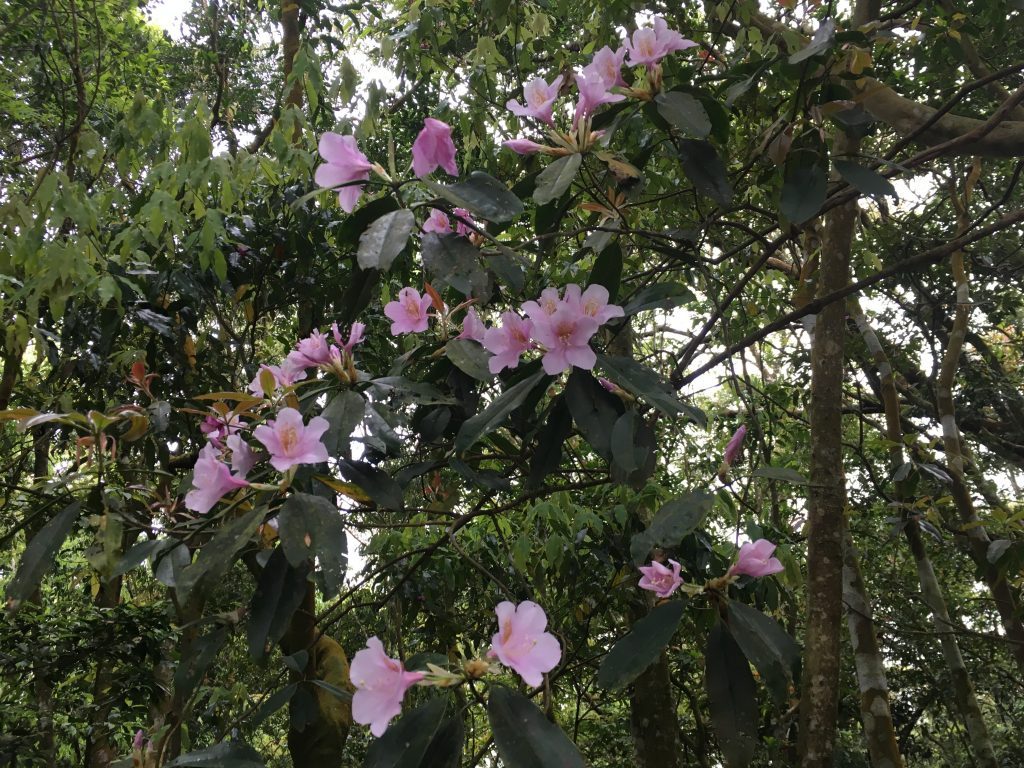 OutRecording @OutRecording
5
I thought this was a real gecko with a weird eye and open mouth. Hahaha. My wife’s joke...😂 https://t.co/FHYLyIz9or 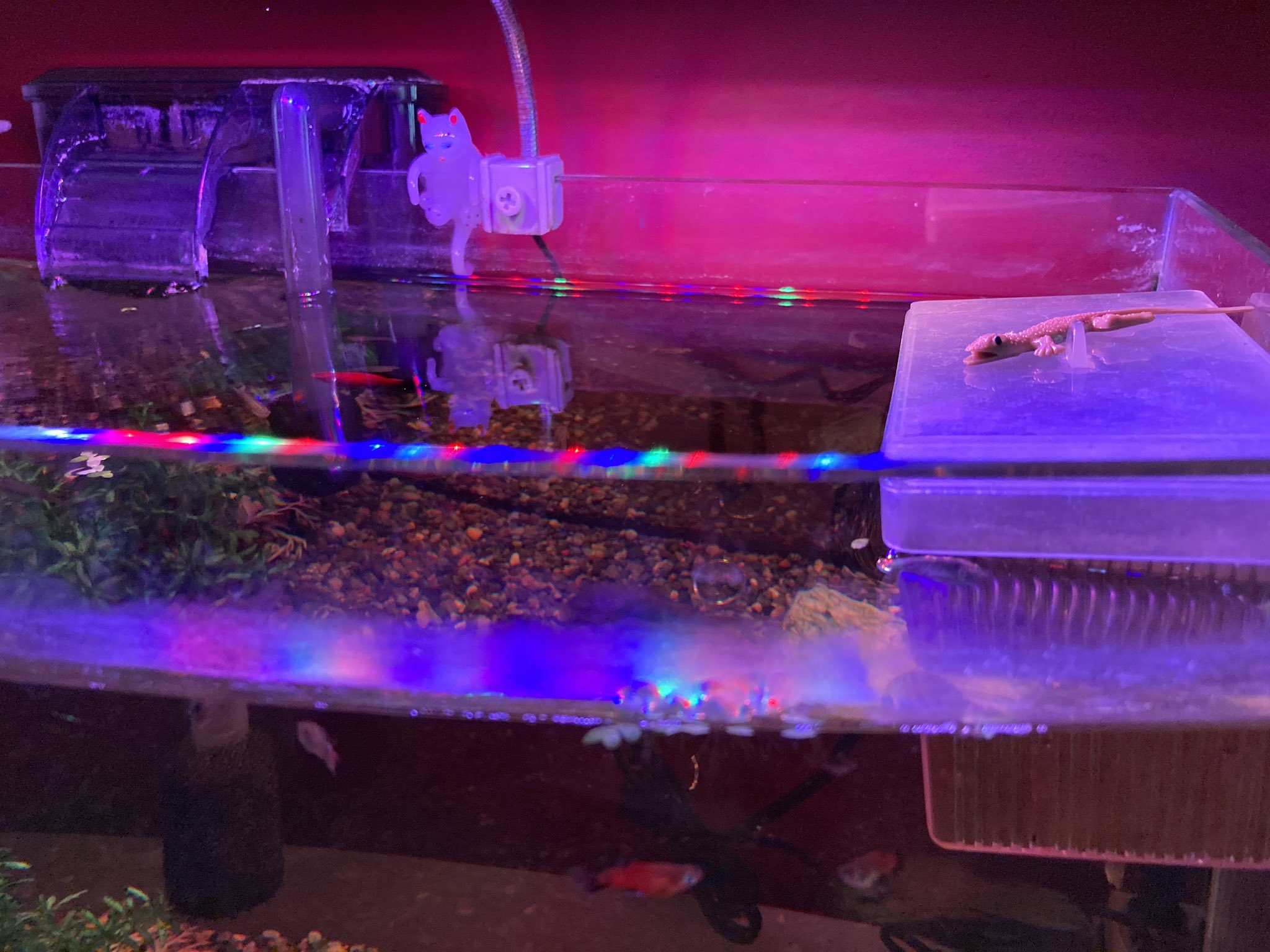