It has been some time since my last post. Unfortunately my SPS200 developed a major noise problem. It happened when I was testing my gear before going out recording.

I think this really shows the importance of testing everything before you go out. Had I not tested, I would have driven an hour and a half…walked 20 minutes…and climbed 15 minutes to my destination before realizing I can’t record. I was pissed about the microphone problem, but would have been doubly so had I not found out until I got there!

Sooooo…after a debacle with Fedex, I finally managed to get it shipped back to TSL in England and it has been fixed free of charge under the warranty. It will be shipped back today hopefully and I can continue on my adventures.

For those with a Soundfield SPS200 that has developed a noise problem, let me describe mine to you so you don’t spend your time wondering if it’s your recorder or some other problem.

(I’ll post up some sounds in a few days)

When I turned on my recorder, I suddenly had a HUGE dose of white noise on one channel. It didn’t matter which input on my Tascam DR-680 I used, it was always there. I tried the mic using a Mackie mixer I no longer use to make sure it wasn’t my recorder and the white noise disappeared. However, there was a slight hum on that channel, as well as an overall drop in level – maybe 7~10db.

After some searching and question asking, I learned over at groupdiy.com that this is a known problem for lower serial number SPS200’s.

In my research I found that some people were having a noise/hum problem similar to mine, but was remedied by snipping a green wire within the 4 male XLR’s. TSL said doing this probably won’t fix my problem and would likely void my warranty, so I never tried it.

In the meantime I have been working on some other projects (DIY portable preamp for my SPS200…woohoo!) and have been swamped with work. I suppose this was the best possible time for the mic to break. Expect some new sounds when it comes back!

OutRecording @OutRecording
4
My boy’s recent claw machine winnings. Got 20 small things and traded them in for that Pikachu. Seems so easy for him. #taiwan #ClawMachineMaster https://t.co/WRNt7gG1Ln 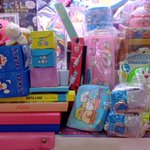 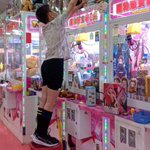 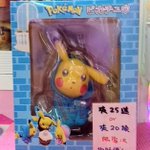