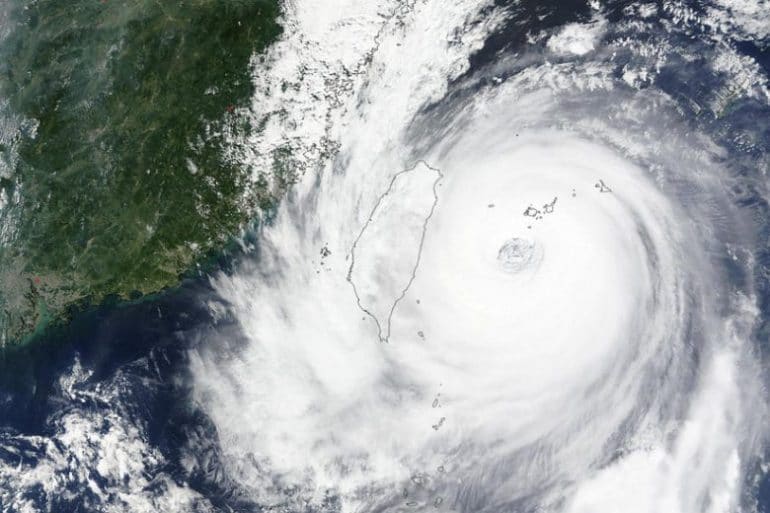 On September 28, 2015 super typhoon Dujuan hit Taiwan. In a brave move to record this dangerous natural phenomenon, tempting the hand of fate and having no regard for self injury or even death…I set up in the garage and recorded from the comforts of my own home.

I question my decision to put it up in its entirety in one file. I’ve had to choose a lower bit-rate MP3 so it has a chance of streaming well. It works fine for me if I start at the beginning and let it go, but skipping around can have quite a bit of lag. If I can find a better solution I’ll change it.

The one thing I like though, is seeing the waveform as sort of a “wind speed timeline”; It gets greater and greater until it slowly fizzles out to nothing.

As with the other typhoon I recorded, without a video to go with it, it’s difficult to hear how destructive a typhoon can be – at least where I live. 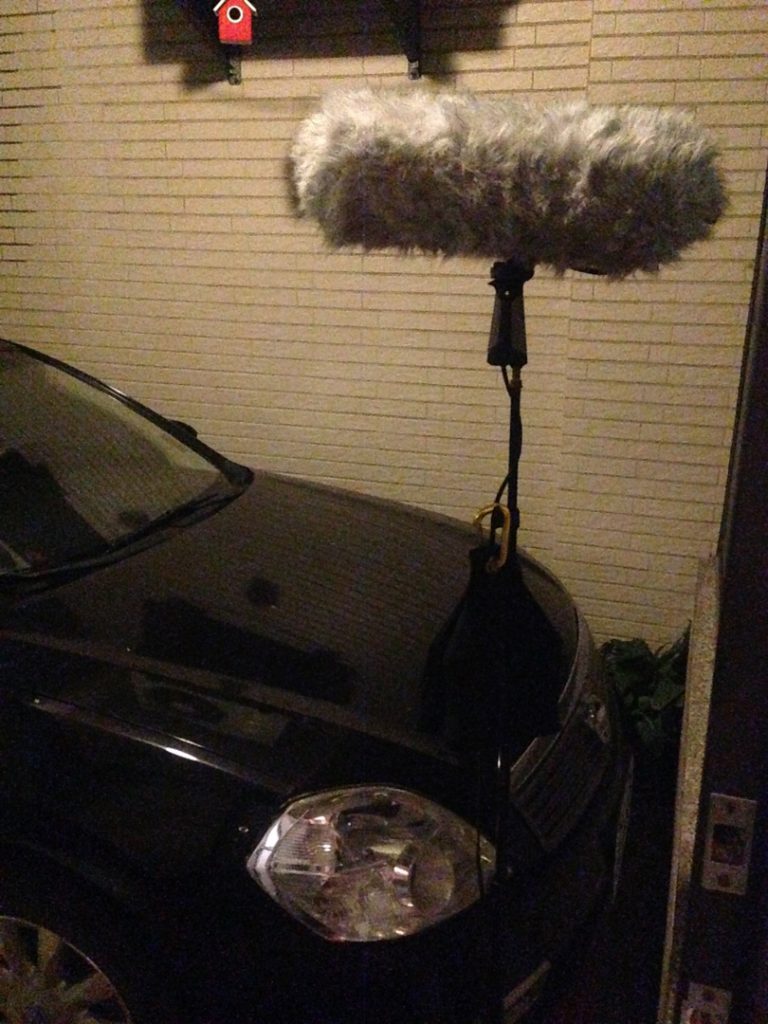 I used an Audio Technica AT825 inside a Rode Blimp w/furry, into a Naiant Tinybox, off to a Nagra Lino. All in all it worked pretty well. I didn’t want to use a higher priced mic setup for fear of it somehow getting damaged. In hindsight, I should have used something else. But the X/Y pattern of the AT825 seems a decent choice for the tighter space of my garage.

A few more shots from that night 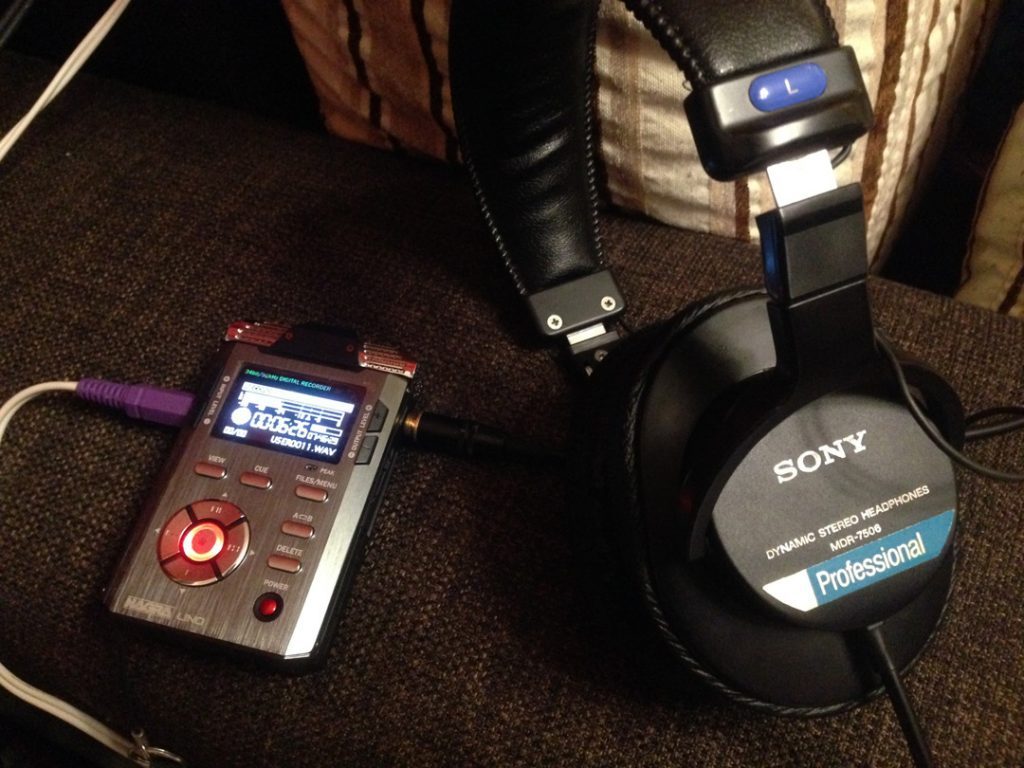 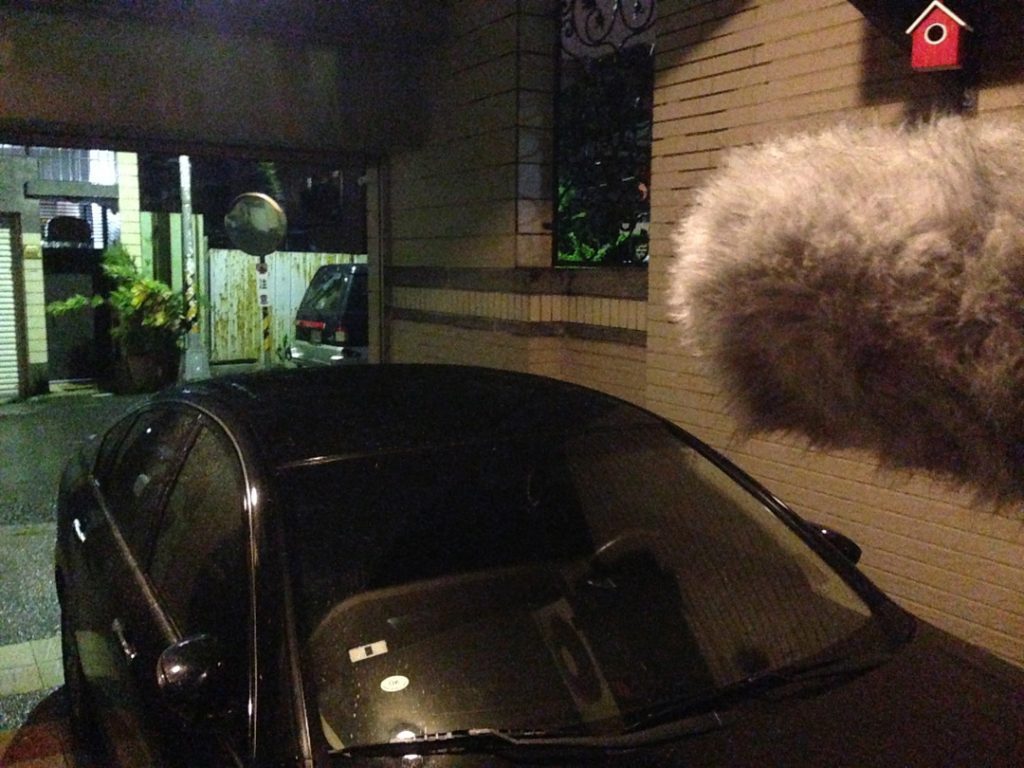 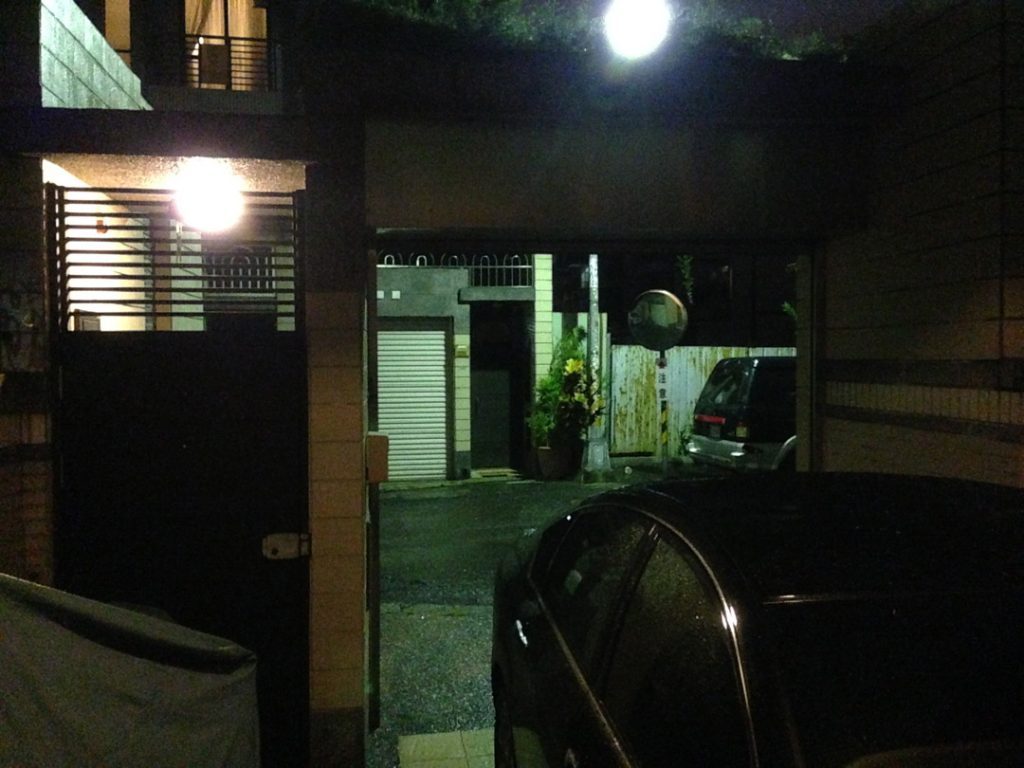