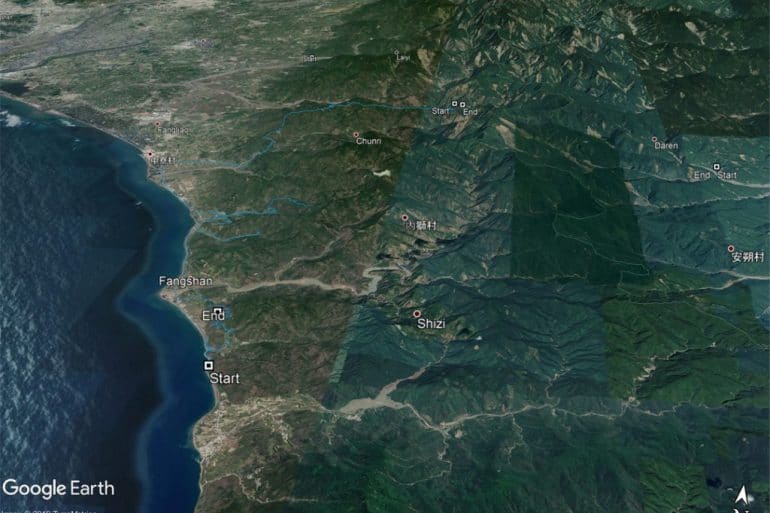 It was a day of frustration and backtracking. Because of the late start with the rain, I decided to cut a portion off the day’s ride. A few shots of the ride down. 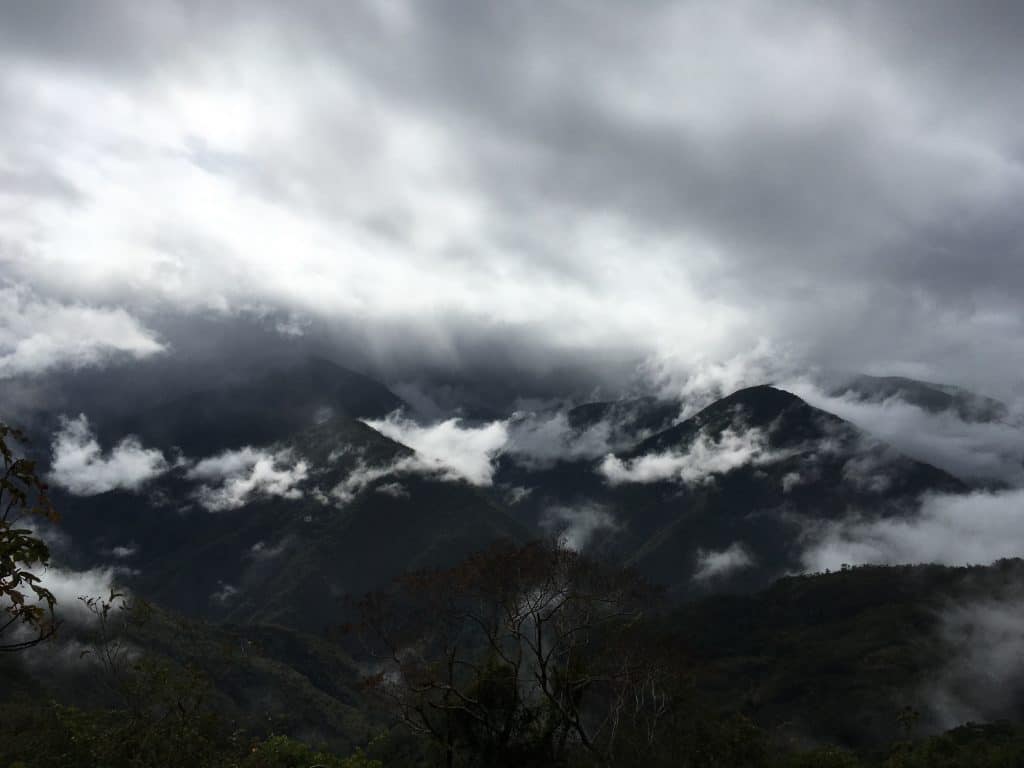 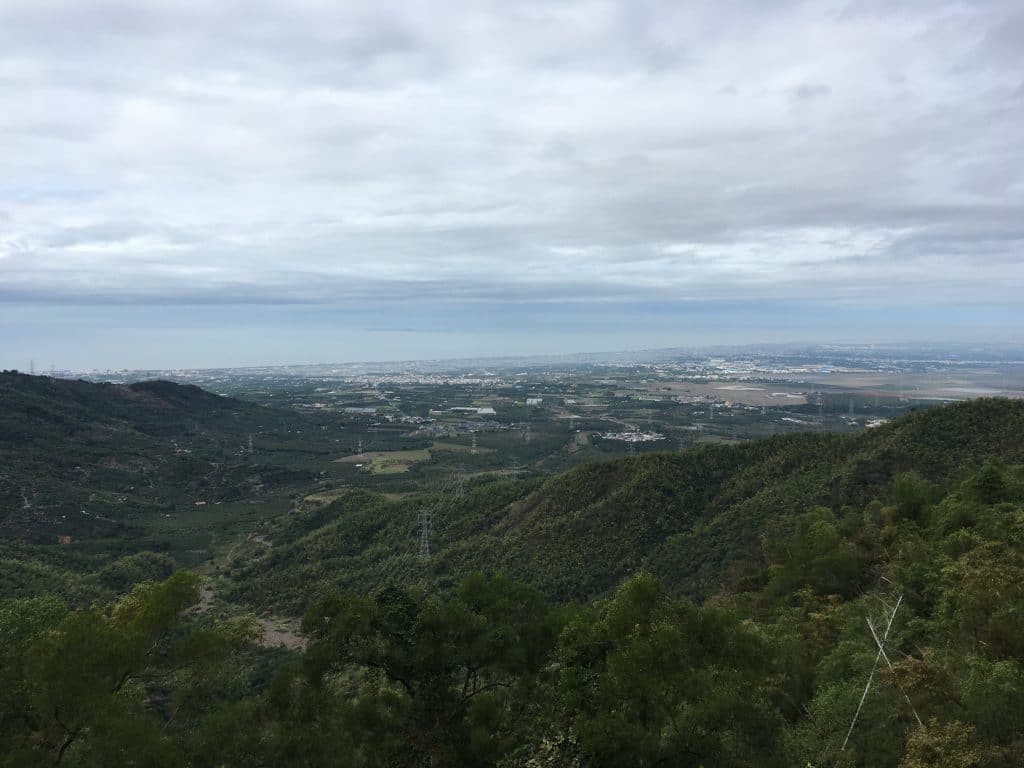 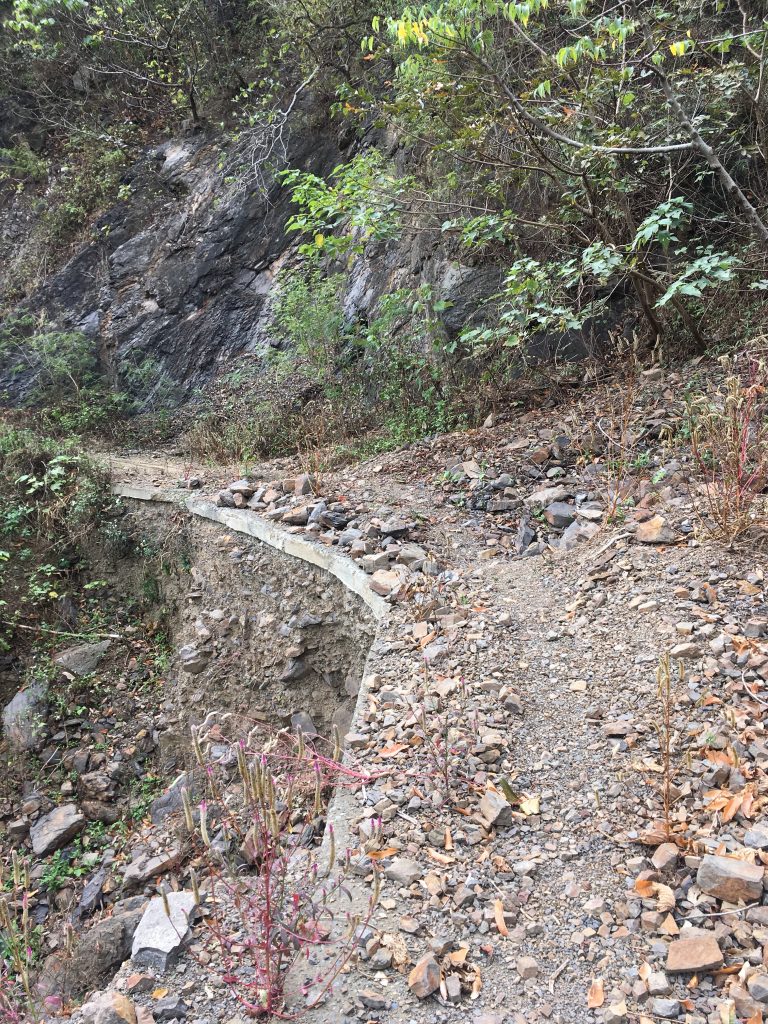 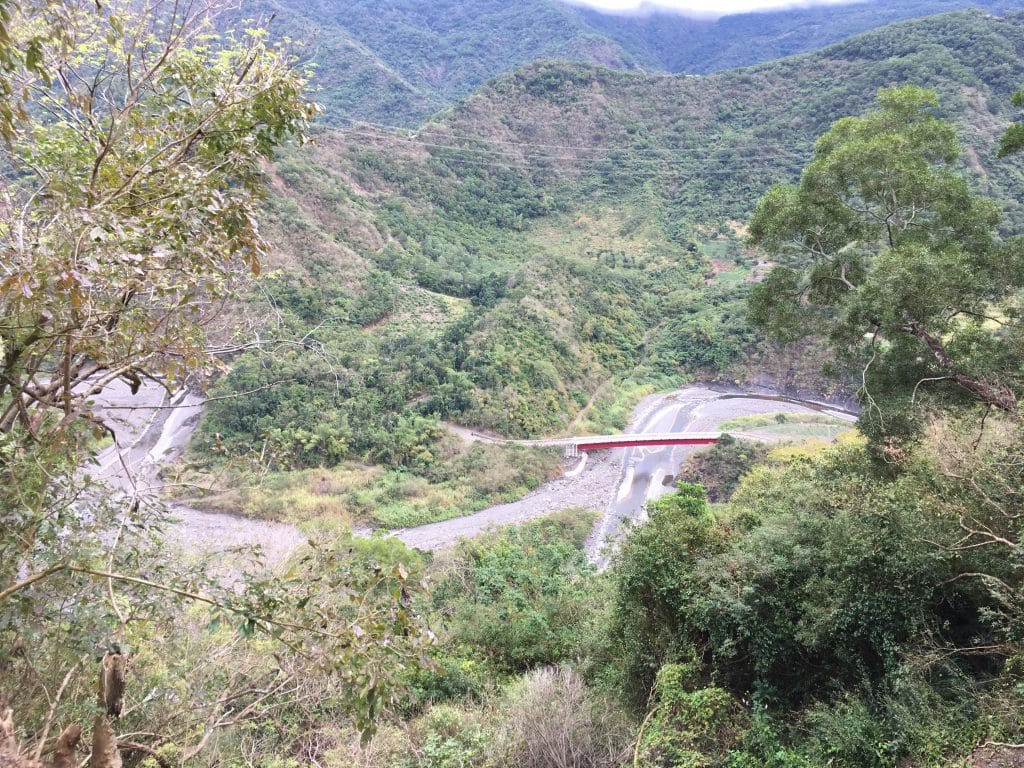 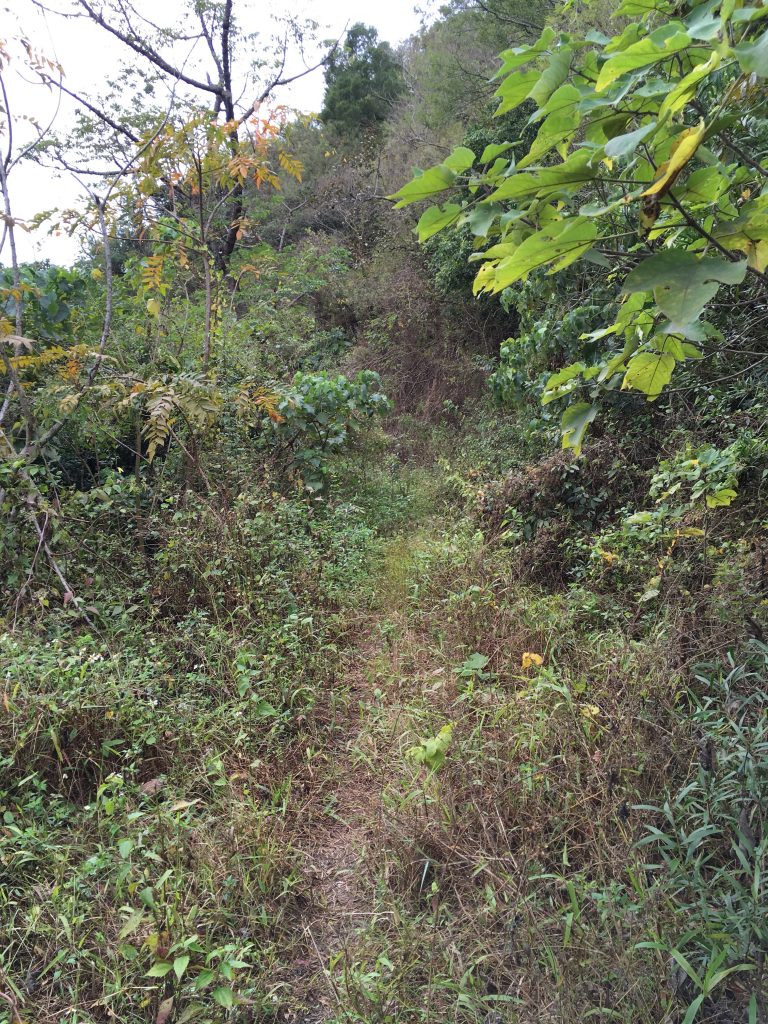 My first backtrack was trying to get to Lion Waterfall (小獅王瀑布). The views on the way there were stunning, but the road eventually became little more than a hiking trail. I had several kilometers to go, and everything was wet which made it all the more difficult and slow going. I think I could have made it, but it would have sucked up a bunch of time. So I turned around. 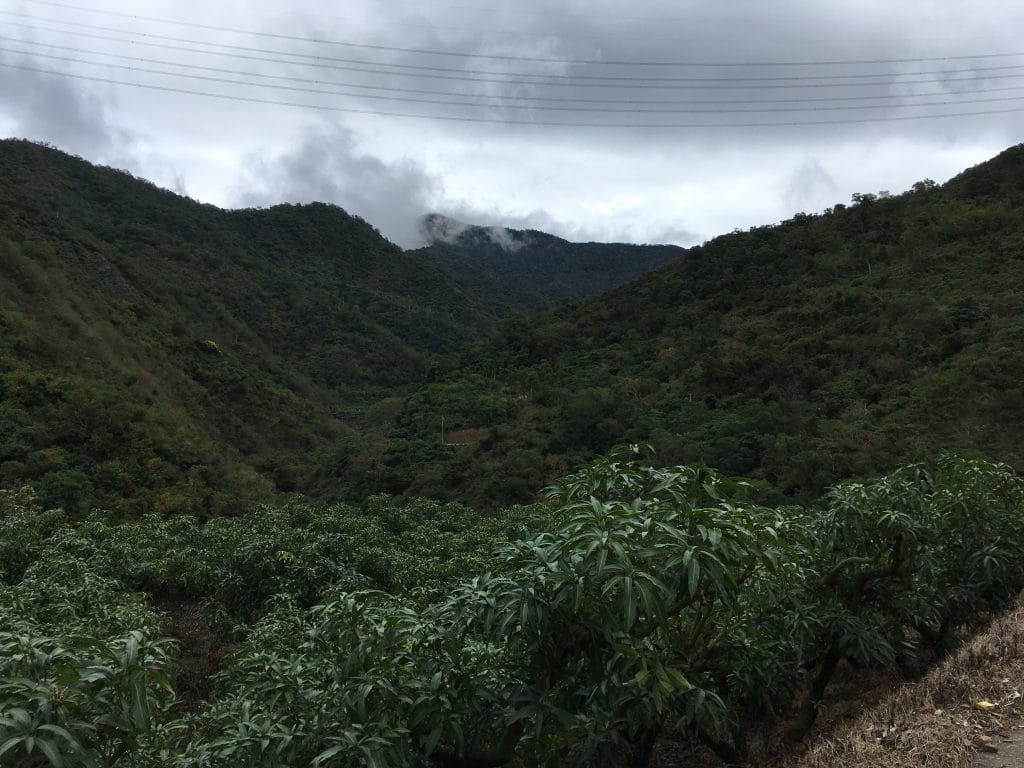 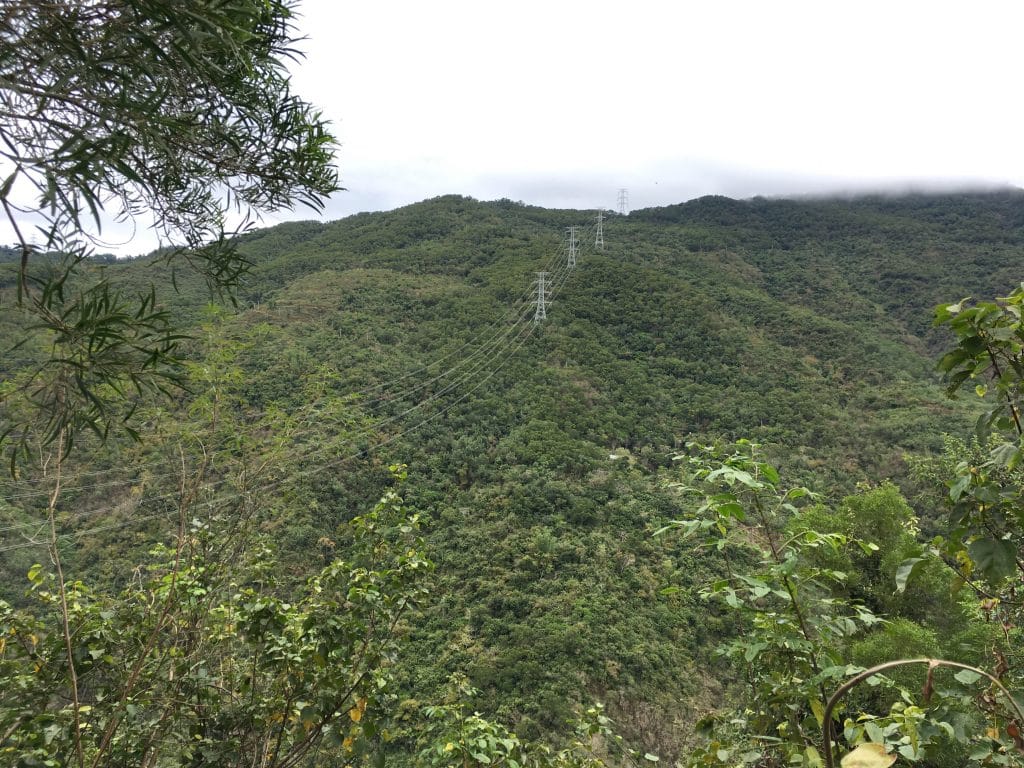 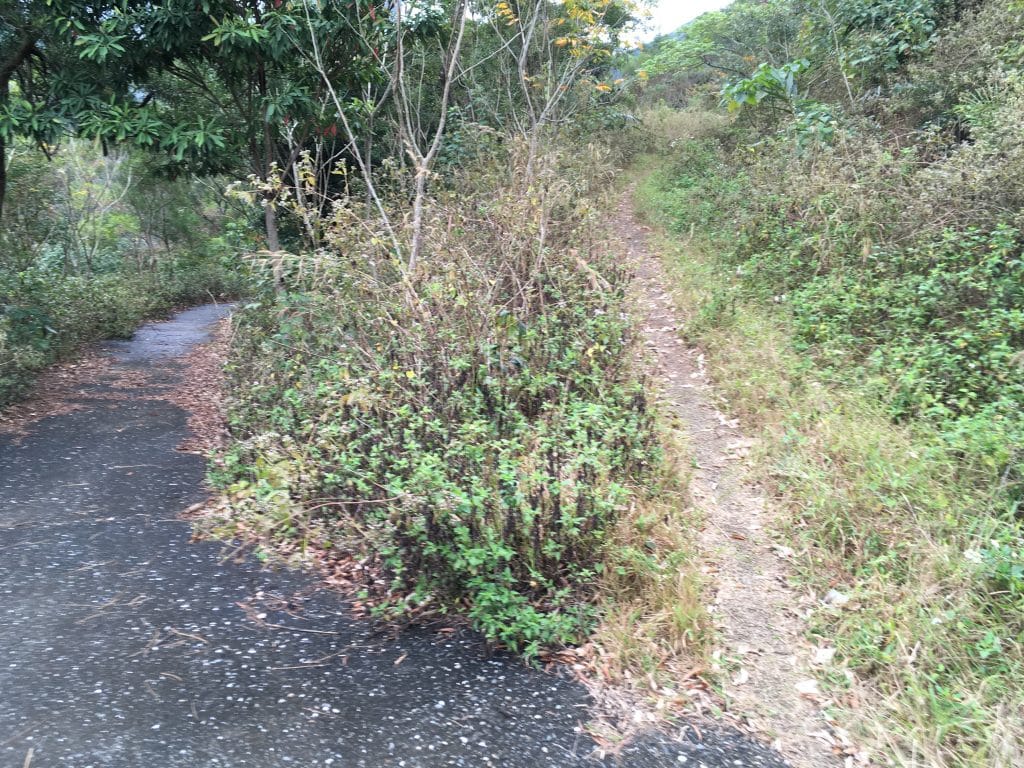 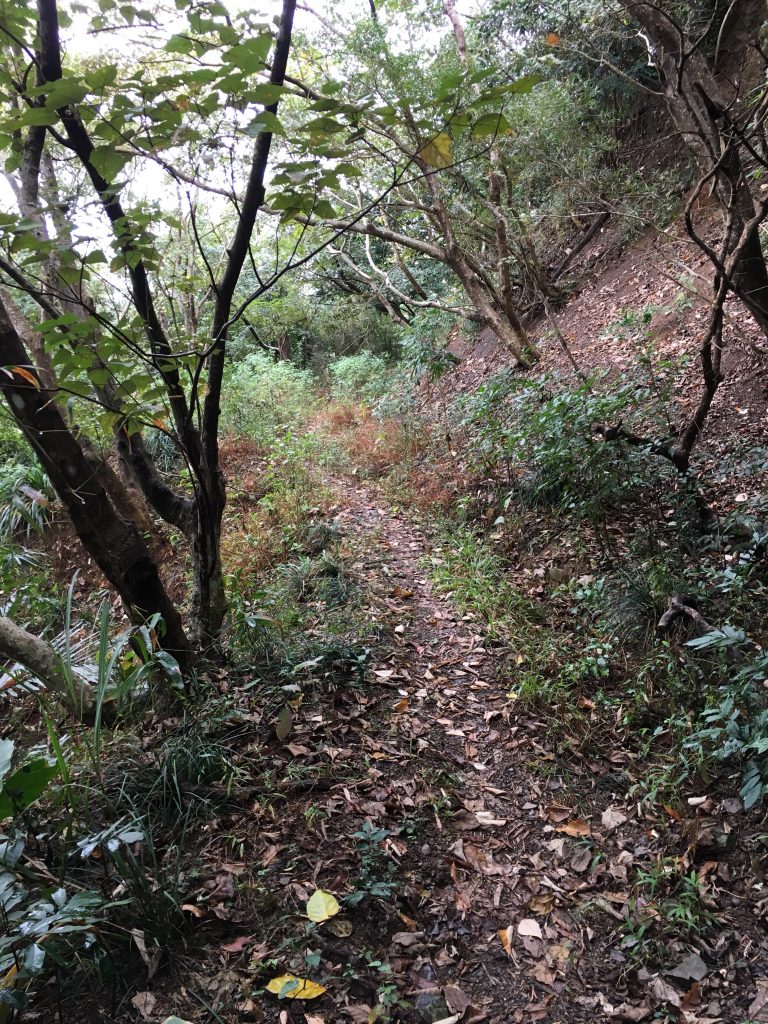 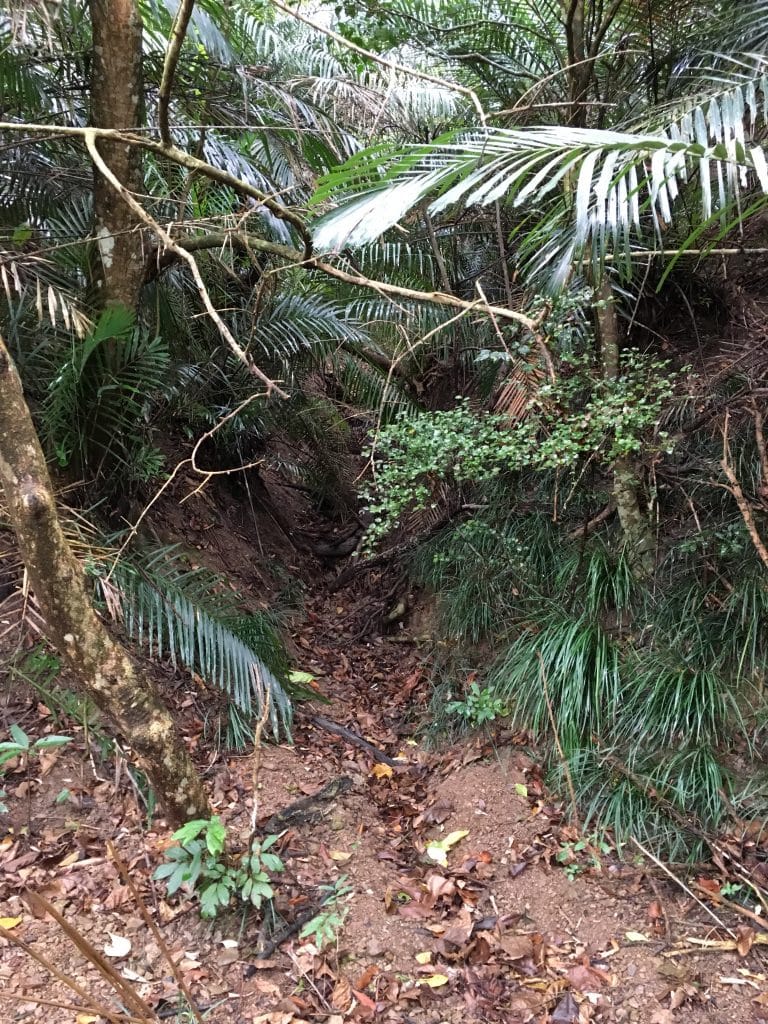 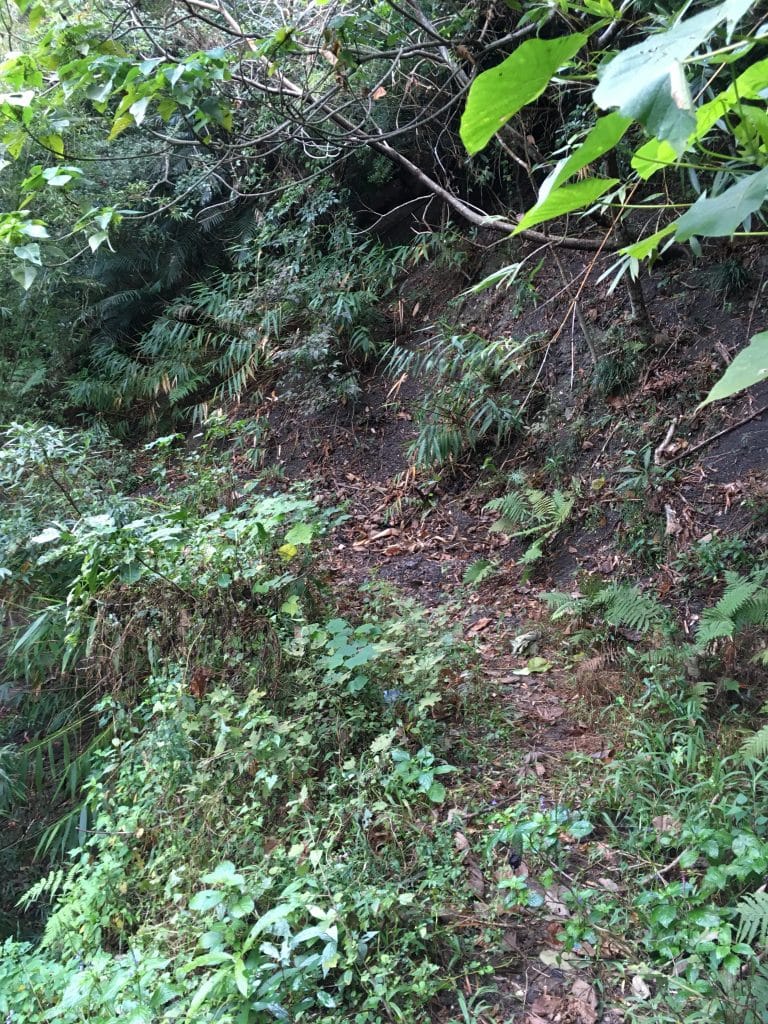 Eventually I made it back to my route and was told by a farmer that there was no road down to the valley. Probably a small hiking trail at best according to my maps. Oh well. I got some good shots of the main road down below and met some puppies. 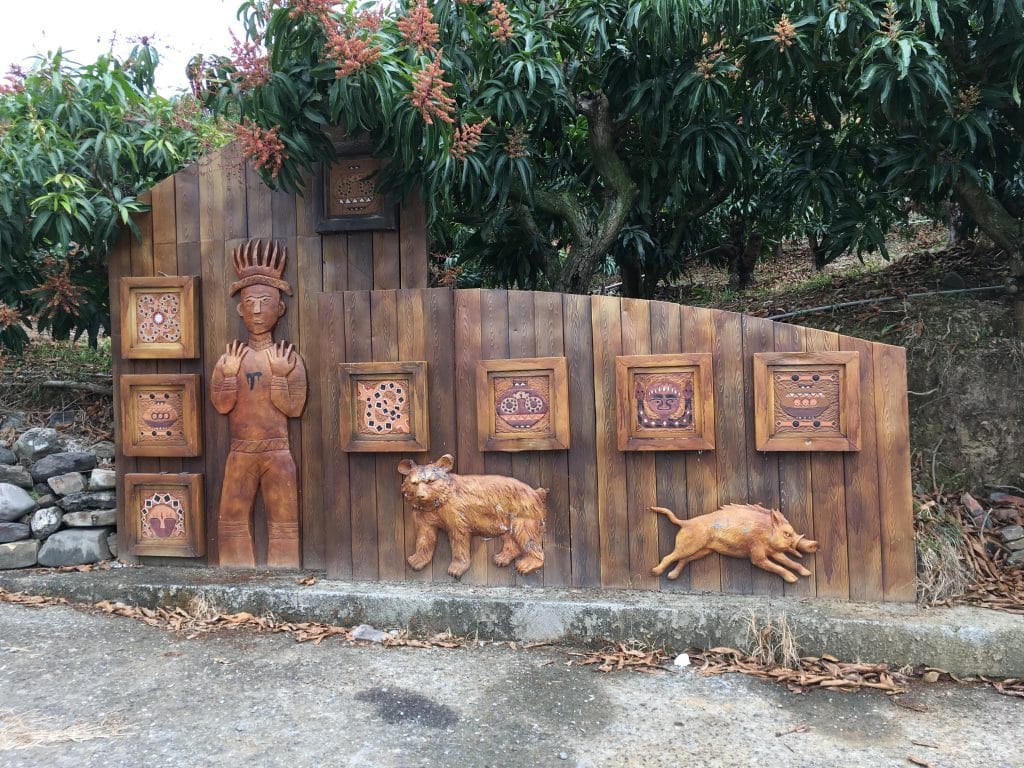 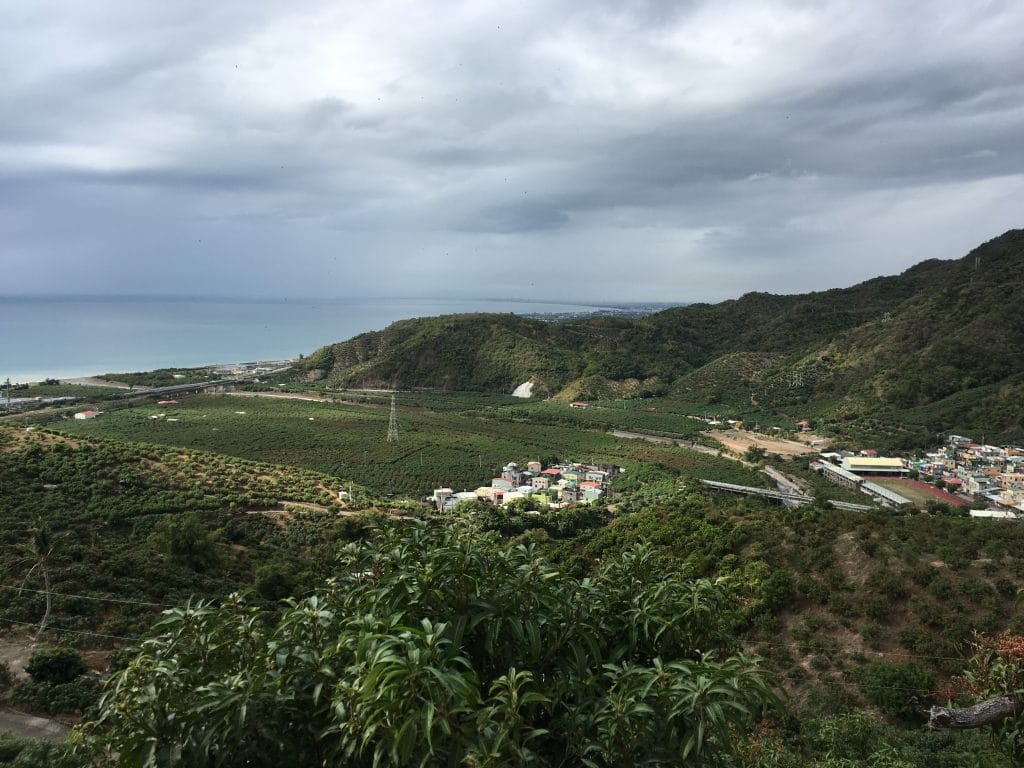 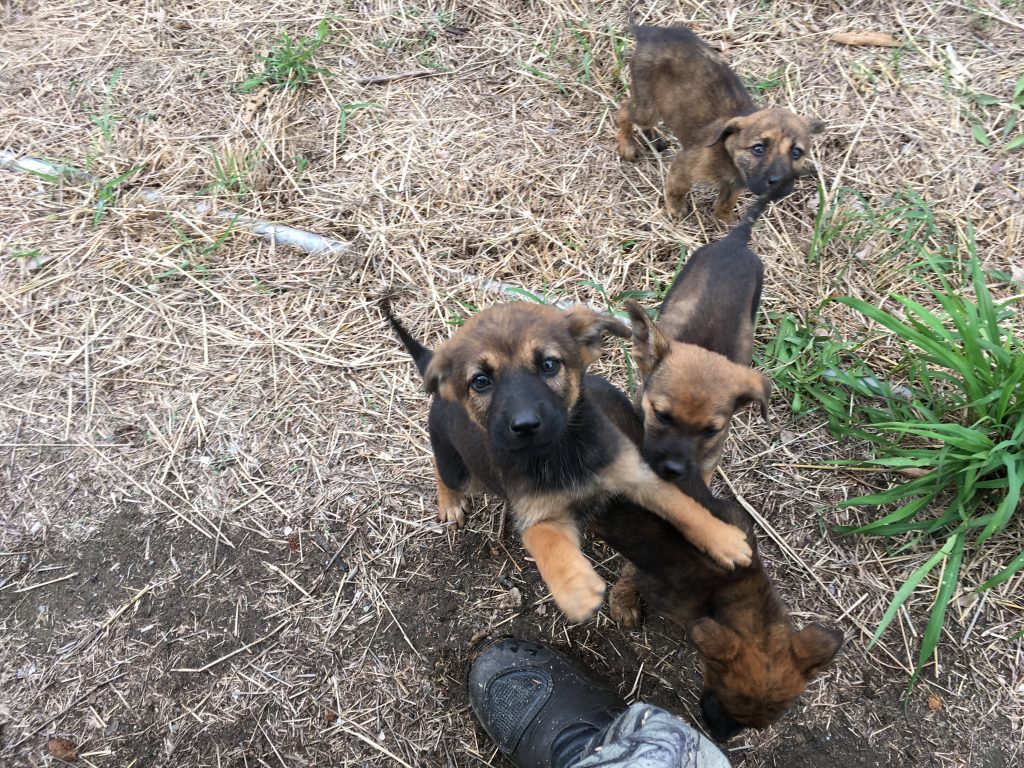 The last backtrack was the biggest disappointment of all…and damn near killed me!

I was riding down a little used mountain road… 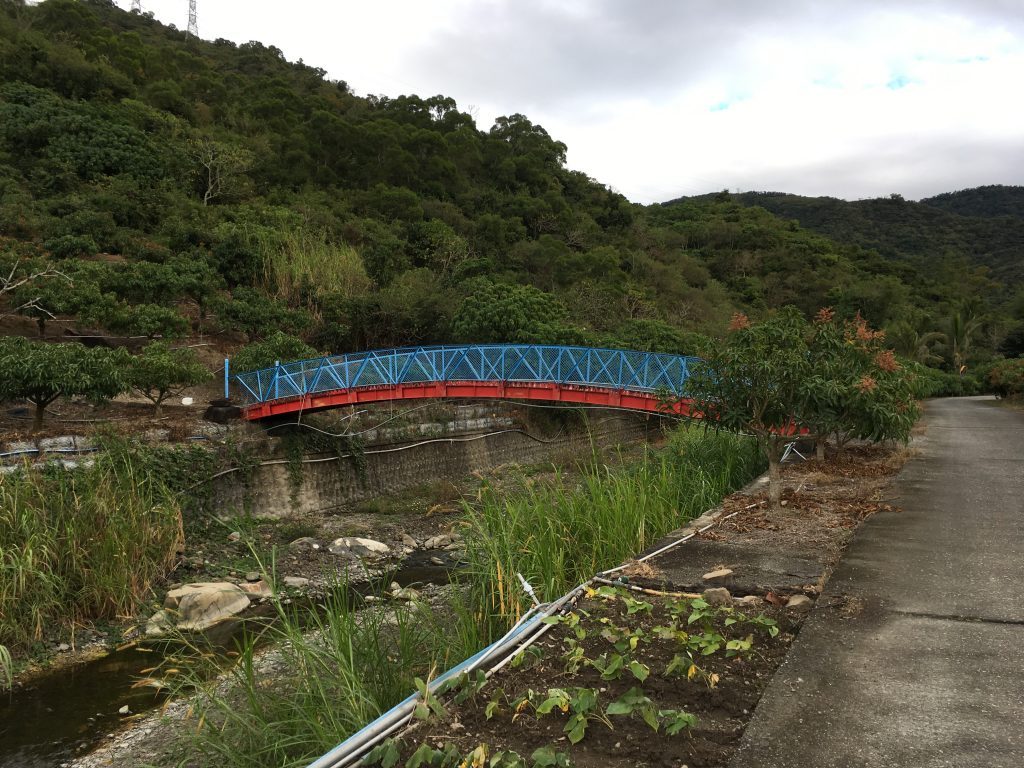 …and the road suddenly has a decently steep incline. I give her some gas and as I approach the top I’m thinking “This road looks broken…but it must just be the edge. It’s probably ok on the inside.” Nope!

It was basically a “road cliff”. There was no sign or warning of any sort. Crazy! 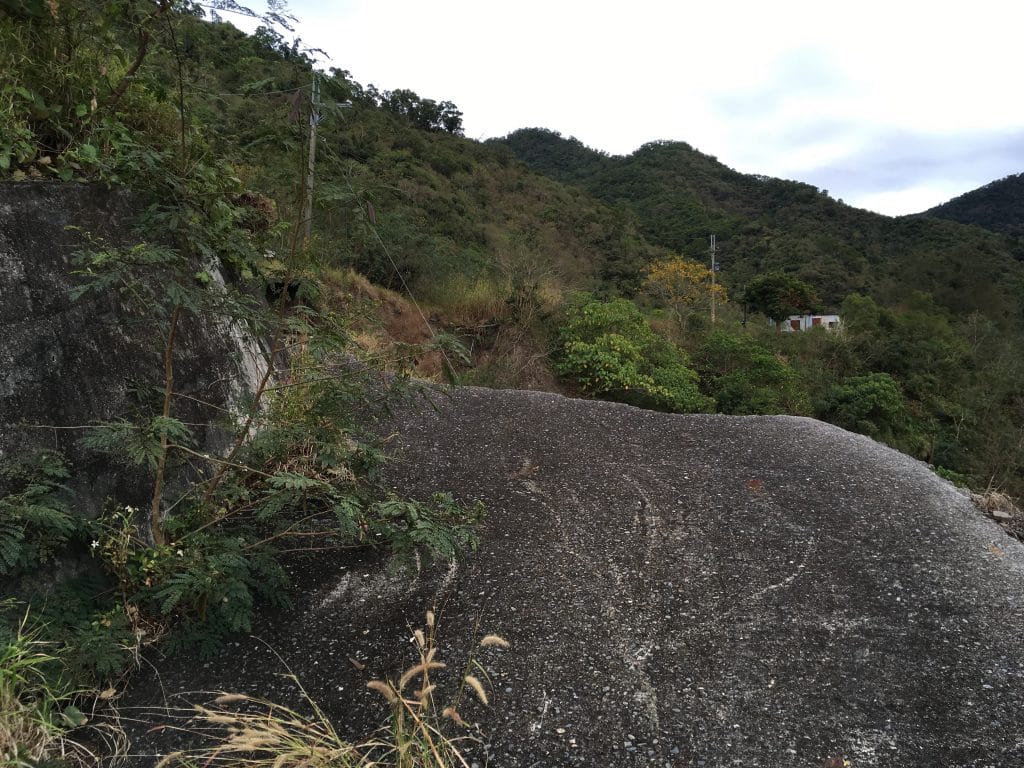 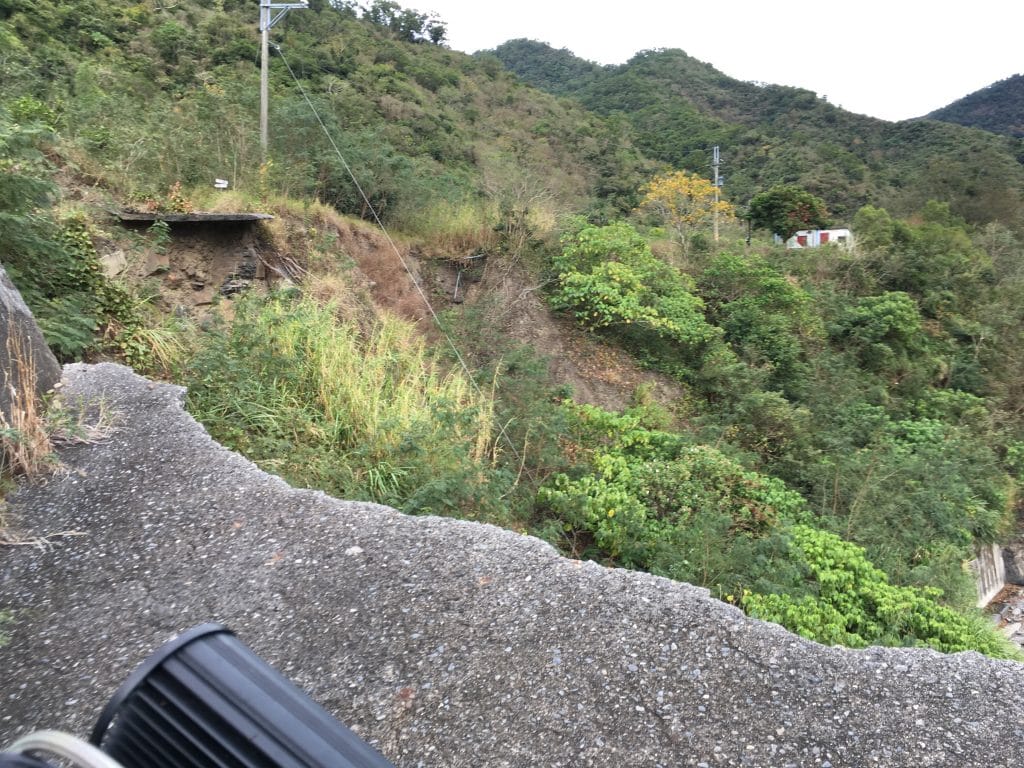 I figured there must be a side trail that links up to the other side. Found it and made it over. 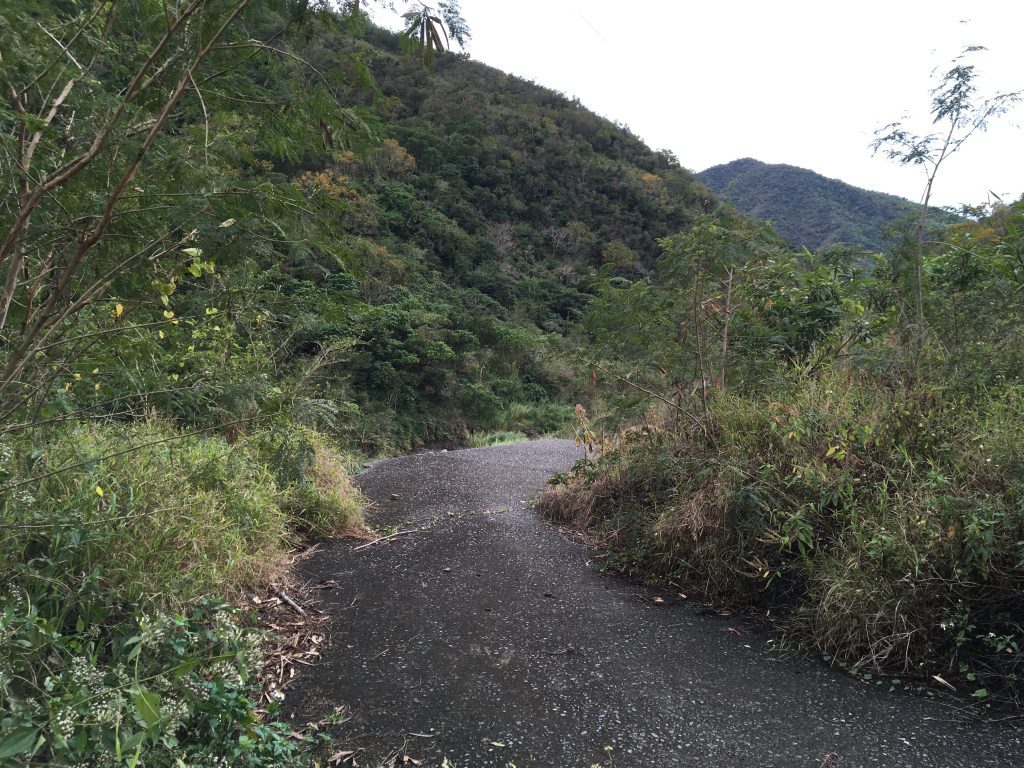 My maps showed a nice long power line road that cut across to the river near Fangshan. There was a small trail here but it was too steep for the bike. I’ll try that road from the other side one of these days.

Actually there was one other small backtrack. Another “road” that should have cut across the mountains and ended up at #9. I got about 50 meters into it and gave up. That road must have been 100 years old. Not much left of it unfortunately. 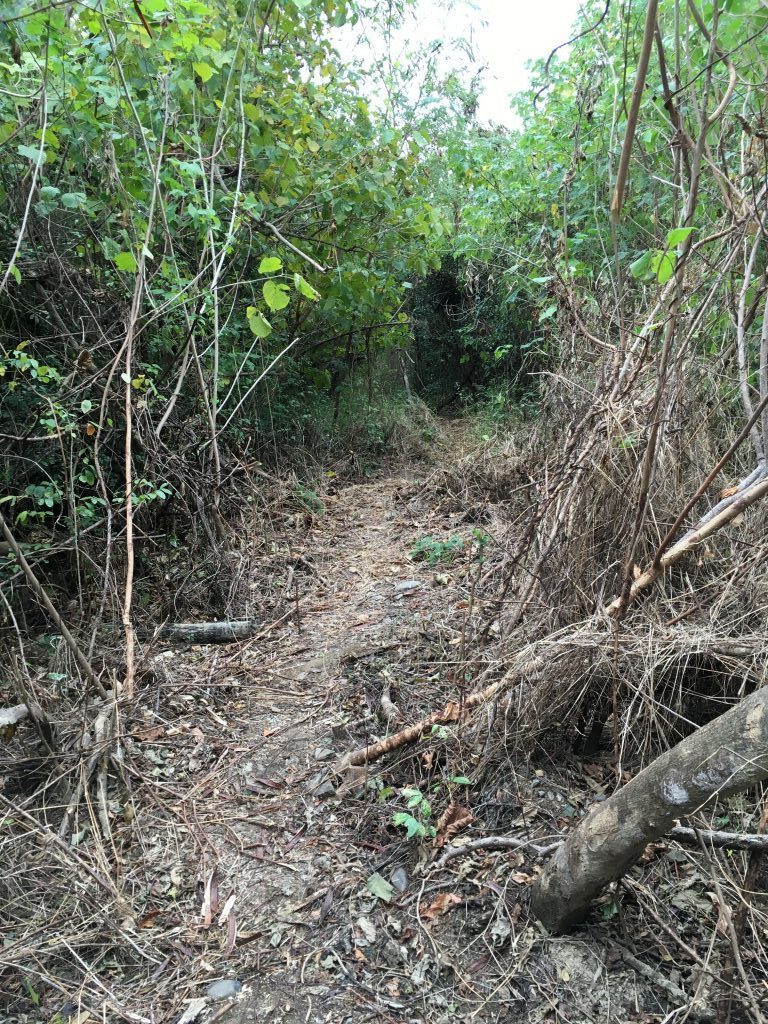 It was getting towards the time to find a campsite. I doubled back to a power line road overlooking the ocean I was on earlier and eventually found a suitable place. It was pretty windy but I was able to find a spot near a small tree and set up my tarp to hopefully protect me from the wind. 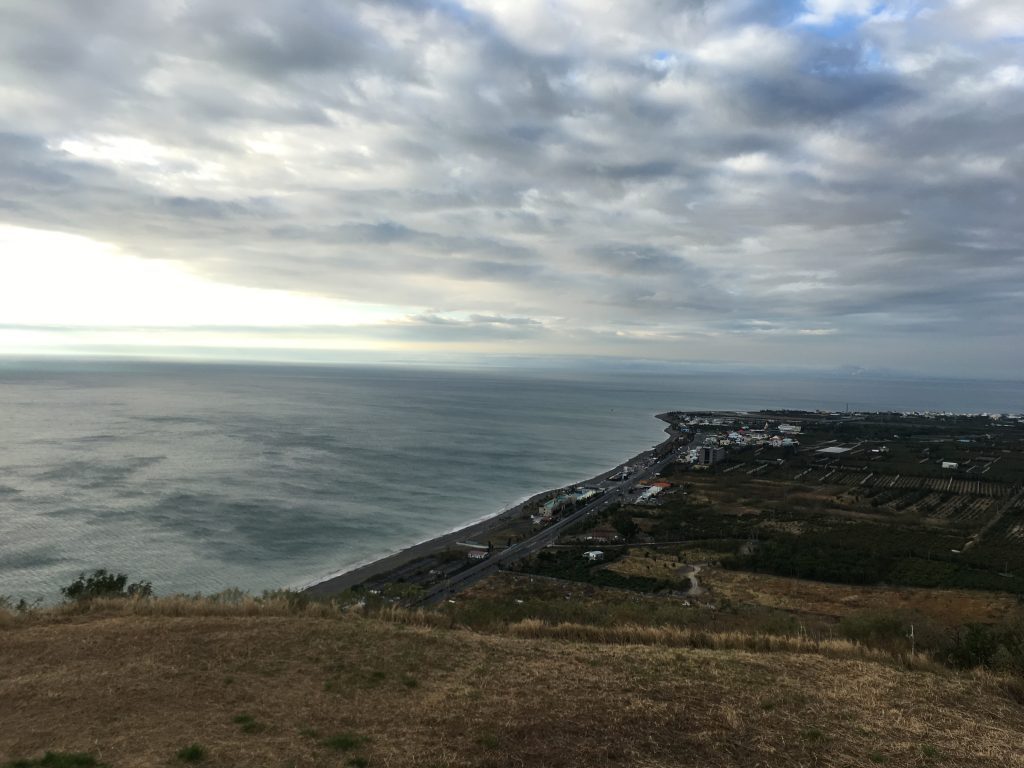 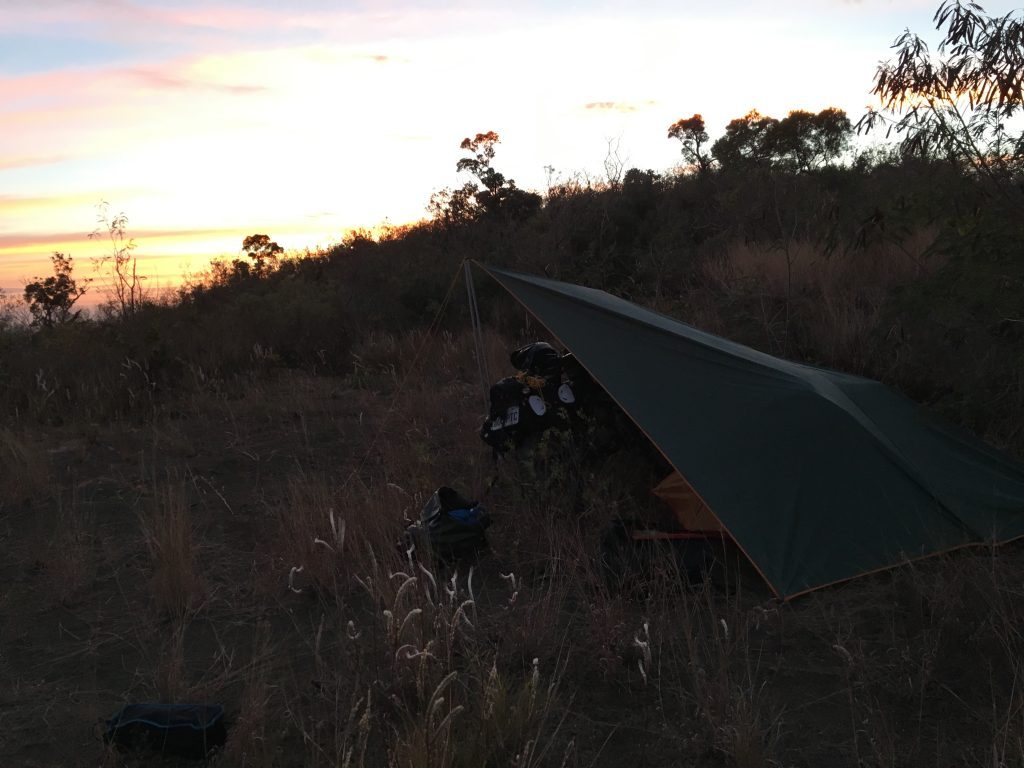 That night was a disaster. I made dinner and went to bed. All good. It was windy as hell, which is typical for this area. I had a bit of a headache and took some pain killer. It worked for the most part.

At some point I woke up with bad heartburn. I took some medicine and went back to sleep. Later I started getting real clammy and felt hot. I knew what was coming but lied to myself saying it will go away. Of course it didn’t. I spent the whole night running out of my tent puking. And my headache was skull splitting.

A couple times a tent stake pulled loose and I had to fix it. The wind was crazy.

The next morning I sat there for a while and managed to finish a small bowl of oatmeal. My headache was still lingering.

Initially I thought I ate something bad. But later I figured I caught something going around. My wife also had a bad headache for a couple days. But maybe just a coincidence…

I went back to my tent to sleep and finally managed to get out of it around 1pm or so. I took the next hour to slowly pack everything onto the bike. This made me sick again. 😓 I sat down for another 30 min or so. 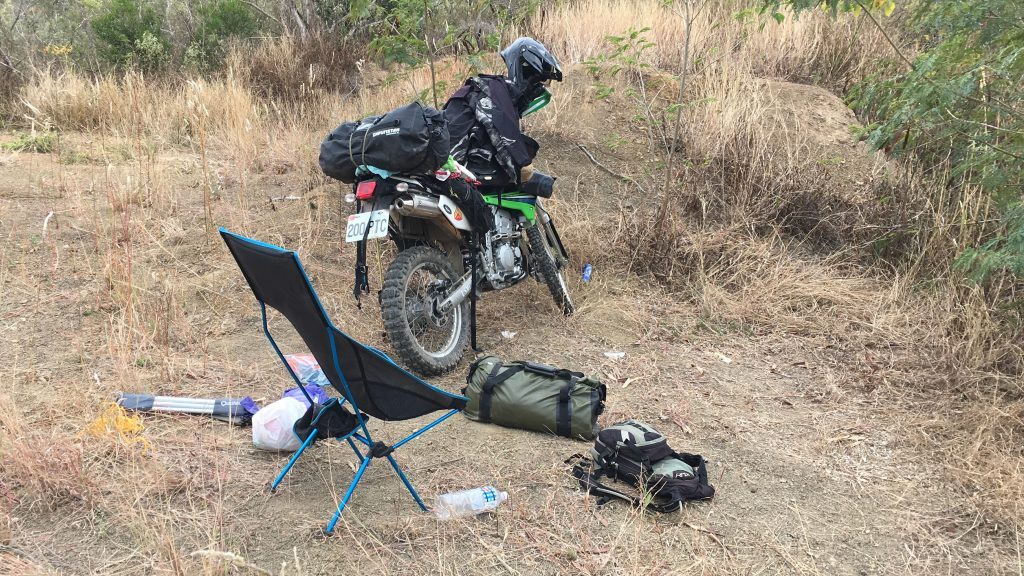 It was about 2:30 when I had to make a decision. I wasn’t about to spend another night in the wind, so figured I had to make it to the east coast mountains. I would skip a lot, but it would put me back on schedule. But that would be cutting it close time wise…and I was still feeling like crap. So I figured, what the hell…this is my trip, I can do whatever I want.

So I decided to head home for the night. It was only a 1.5 hr drive – the whole way I was holding back being sick on the side of the road. The diesel fuel didn’t help…

I stayed there a couple days and got mostly better. The trip continued after that…