In July last year I randomly rode off into the mountains near Laiyi 來義 and happened upon an “altar of human skulls” as it’s known. Of all the days I could have ridden up there, this may have been the best.

It was a clear and beautiful summer day when I drove through WangJia village 望嘉 and up an old broken cement slab road into the mountains beyond.

I do a lot of exploring in the Pingtung and Kaohsiung mountains. Most of the time I’ll do some research and know what I’m getting into. But occasionally I’ll let fate decide my adventures and pick a place that probably won’t yield much (offroad) riding; a place that will likely be a waste of my time. Often that is the case. But I got lucky this time.

As I rode up I came across a promising site: This sign and some type of aboriginal artwork or totem.

Sorry for the blurry picture

Two kilometers past this sign the road gets a little sketchy. It turns to dirt and one section you could easily fall if you’re not careful. A scooter or motorcycle could navigate it no problem, but be careful. About half kilometer further is where I ran smack dab into the remains of the Paiwan tribe’s Wangjia Old Village 望嘉舊社, or Vungalid as it’s known in the Paiwan language. I was greeted by this sign.

Driving a bit further took me to a small, freshly cut field with a group of workers taking a break.

They were a nice group of guys and even offered me some lunch.

Another sign nearby yielded more info about the area.

Looking down the mountain slope I saw a group of people who I thought were also cleaning up the area. I walked down and found a bunch of traditional aboriginal houses in ruins. Pretty much only the foundations were still left.

Some of the people down here were cutting and cleaning up, but after a short conversation, I learned the rest were students and professors from a university in Taichung. I couldn’t understand what they said they were doing, but it seemed they were surveying the area – mapping the houses and such. But I could be wrong.

They were also a nice group of folks.

I found this map of how the village used to look according to this link: http://titv.ipcf.org.tw/news-38749

After about 10 minutes down there exploring, I walked back up to the open area.

Back at the top I got to talking with one of the students. His English was good enough to learn more about the area. At some point an older gentleman on a scooter drove up and came over to talk with us. As I understood, he is the area leader or somehow in charge of this site. Maybe a custodian. I’m not entirely sure, but he knew a lot about this place.

With my poor Chinese listening skills and the help of the student, I was told about the history of this village. I’m not going to get into details except to say that he mentioned there was a Japanese police station near here and they were pretty tough on the local population. He also mentioned be-headings. At first I thought he was saying the Japanese were doing the be-headings, but researching for this blog post I found that he meant the villagers here used to head-hunt. Here’s an article that explains things a bit: http://www.taipeitimes.com/News/taiwan/archives/2016/06/16/2003648753

We talked a bit more and then he asked me if I wanted to see the skulls. What do you say to that…other than heck yeah! So we drove away from the village to a nearby trailhead and walked straight up!

The rope was super sketchy. A fall would be no joke.

At the top was some sort of shrine.

And next to it a picture sign that shows what the altar of skulls used to look like, and some information in Chinese.

For the record, I asked if it was OK for me to take pictures up here. He said it was OK, not a problem.

Just beyond the shrine was what was left of the skull altar.

There wasn’t a whole lot to see–maybe the foliage was covering parts of it–but you could definitely see the remains of some human skulls.

According to this article, the altar is the largest among Paiwan relics – and is also the most well-preserved. It’s believed to date back some 400 years. The article explains a bit more if you’re interested.

Before we left, the gentleman offered a brief prayer at the shrine. We said our goodbye’s and I went off to explore the rest of the mountain.

There were some beautiful views and plenty of spiders.

Here’s a GPX file to download of my ride that day. Just follow the road all the way until it dead ends into the village. The trailhead to the altar of skulls is appropriately here:
22°29’00.7″N 120°39’17.4″E https://goo.gl/maps/XYiuTYcCDwM2

It will be on your right hand side as you drive toward the abandoned village. I missed it on my way in, but easily found it on my way out of the village. 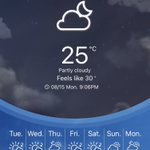 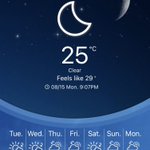 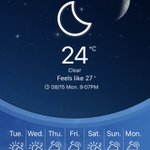 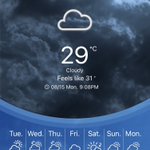