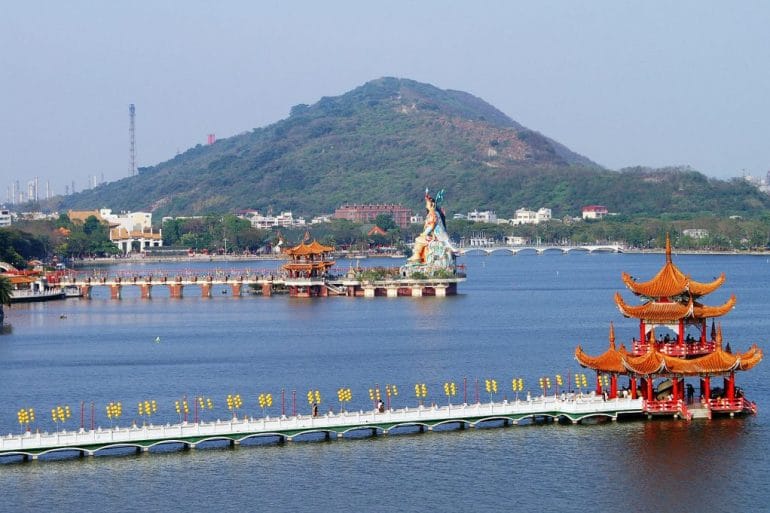 Yesterday I finally got the chance to head up to Bànpíng Shān for a recording. Over the years, I must have seen this mountain hundreds of times – it’s kind of hard to miss. But I had never realized you could actually climb it. It’s surrounded by industry, which gave me the impression that “they owned it”. As it happens, they don’t. There’s some story to this mountain, but plenty of people have written about it. I doubt I can improve their writings.

One thing I had anticipated was the noise of all that industry “ruining” any recordings I try to get. There’s this constant low hum from the oil refinery that never ceases. But it is what it is, an inner-city mountain. In addition to the city-from-above sounds you might expect, you also get an oil refinery. Why not?

When you first arrive, you’re greeted by some signs telling you what you can and can’t do, along with a map (in Chinese) of the area.

Climbing these stairs eventually takes you up a ways… 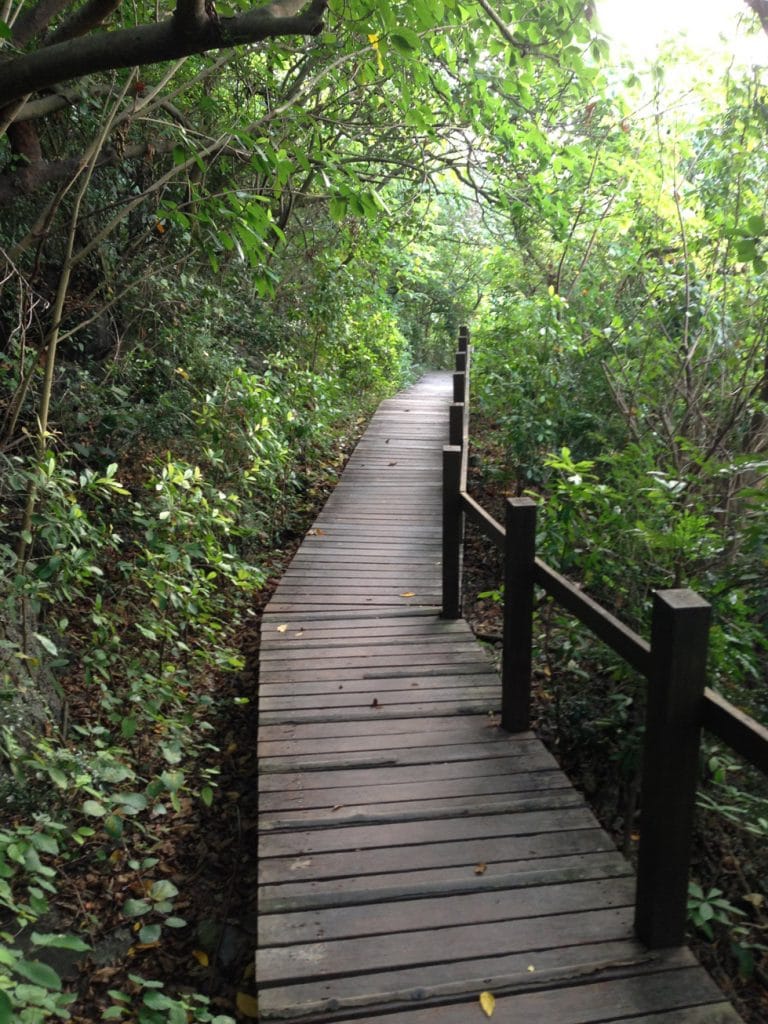 Until you reach a trail… 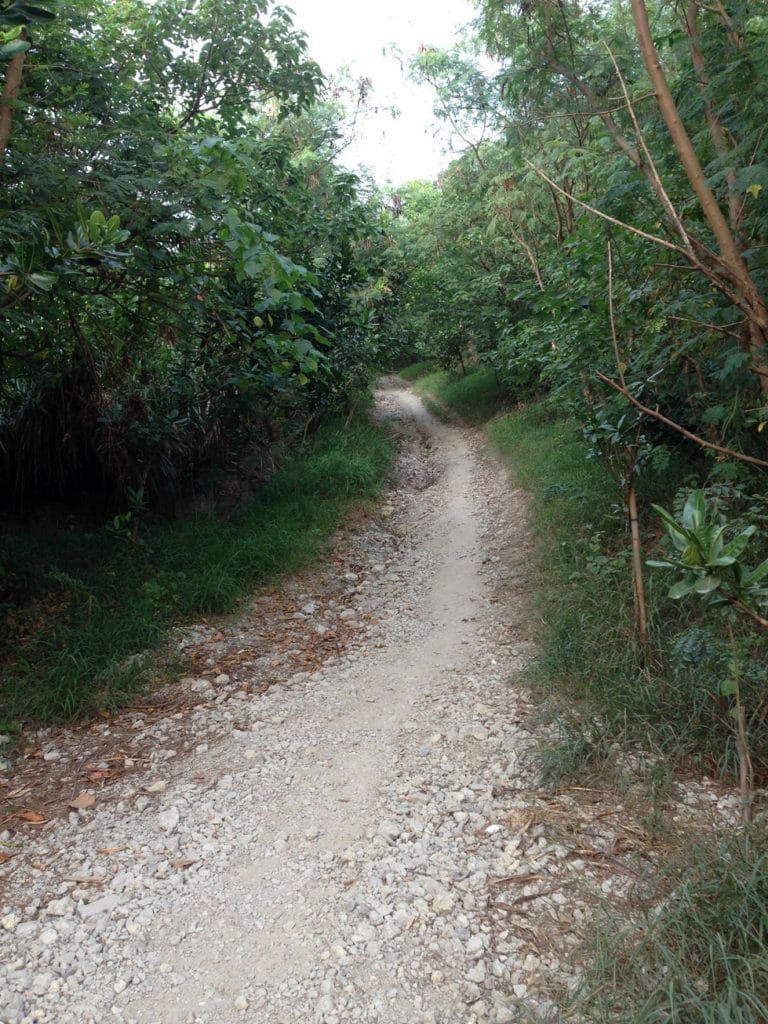 With a “what could be a great view minus the haze and a stupid farmer burning something which reaches the top of the mountain and gives you a headache”…  Did you get all that? 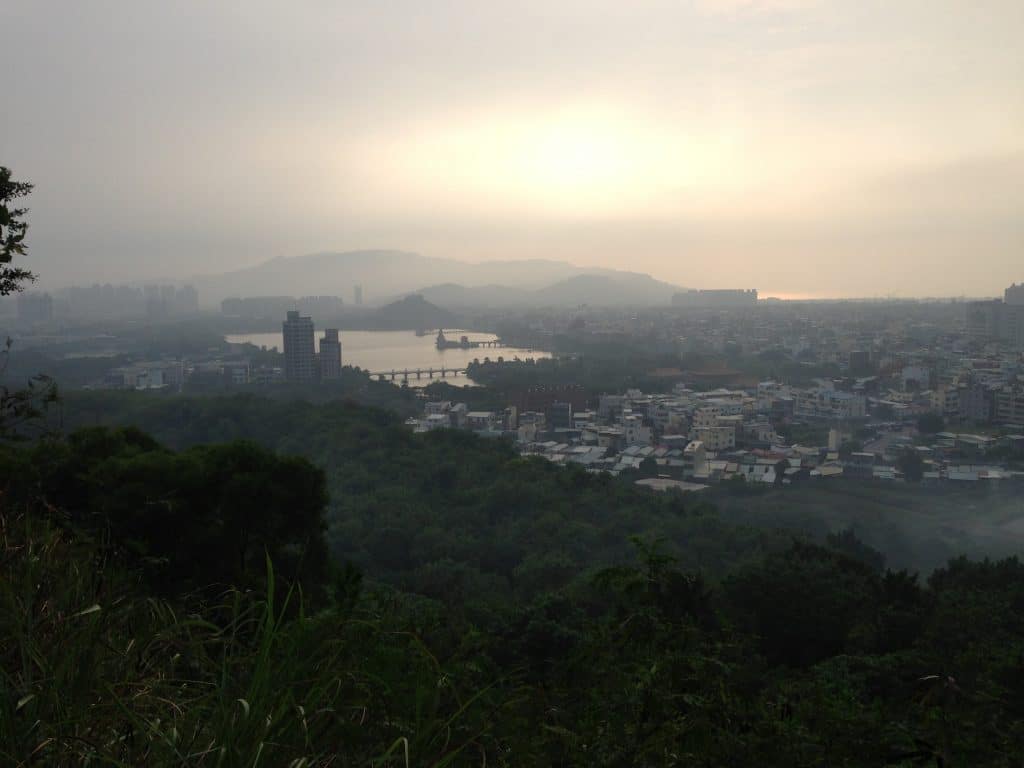 I eventually found myself a nice vantage point overlooking the west side of the mountain and thought it would be a nice spot to set up the gear. 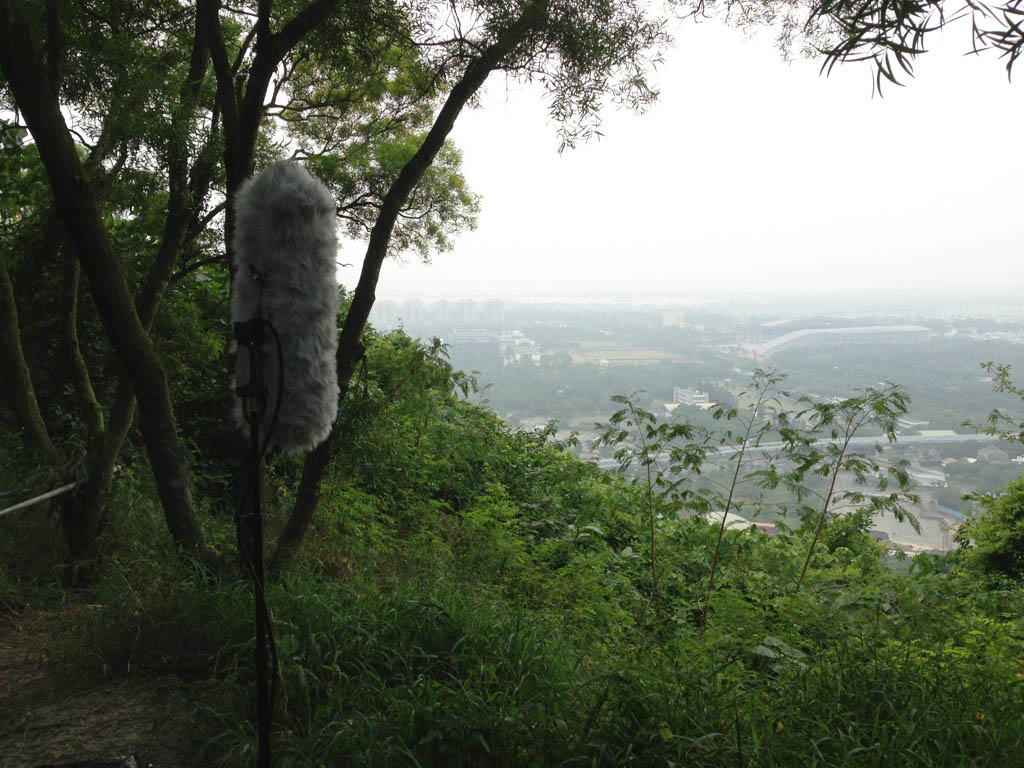 Nothing really interesting to listen to, but I wasn’t finished. I still had to make it to the top…so onwards!

At some point you make it to “the top”. I’m not yet really sure where the top is. It could be a number of places. But this area is as good as any, and likely where most people do their victory dance for making it to the end. 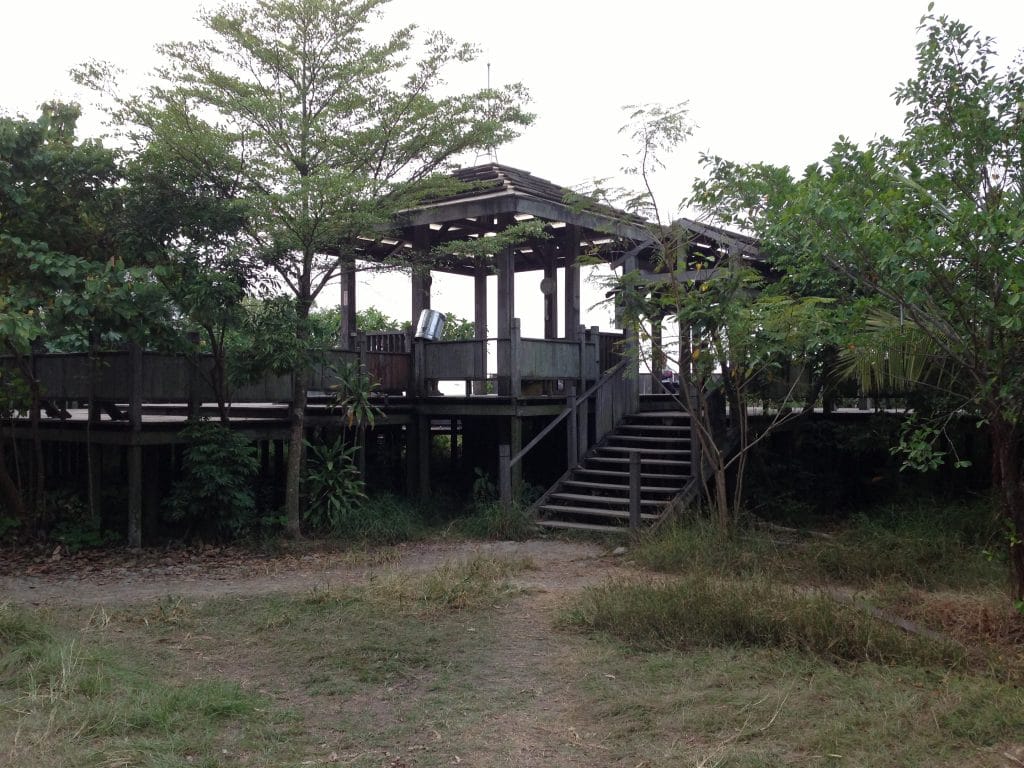 I wouldn’t advise jumping up and down on that structure; it has seen better days.

There were too many people around to get anything productive done here, so I continued on the trail. Of course, hiking a mountain wouldn’t be complete without vipers. 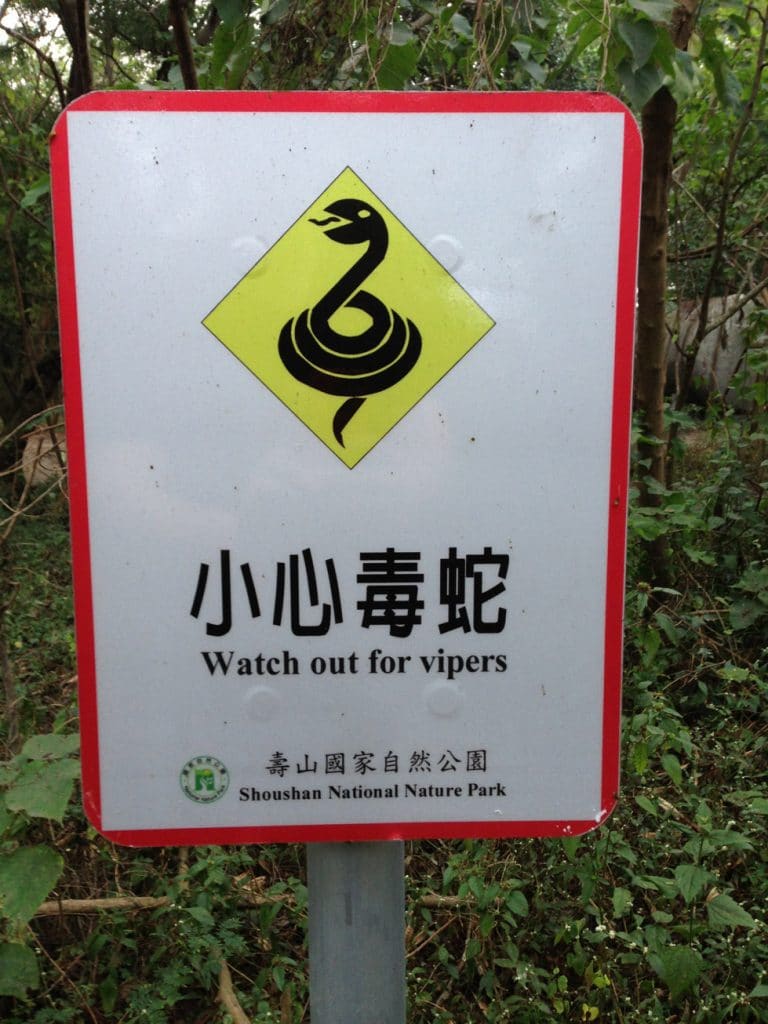 The trail finally became “rough” and I spent a little time navigating the mountain and searching for vipers. 🙂 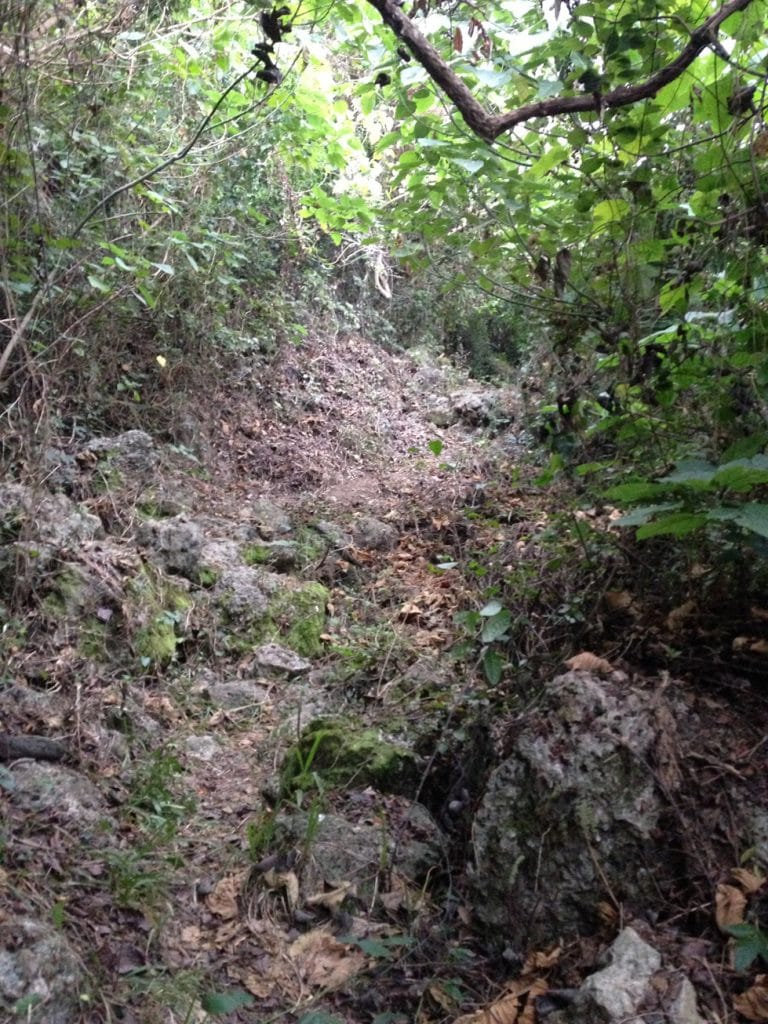 It kind of looks worse than it actually was. At any rate, I was happy to finally test my “new” Scarpa hiking boots. Bought used from ebay. Well, returned merchandise actually. Living dangerously, aren’t I!?

At some point I saw this less-traveled sorta path off to the right. I followed it up and through some brush for a few meters and came to a nice little secluded area. I could see, and more importantly hear the city from both sides quite well. 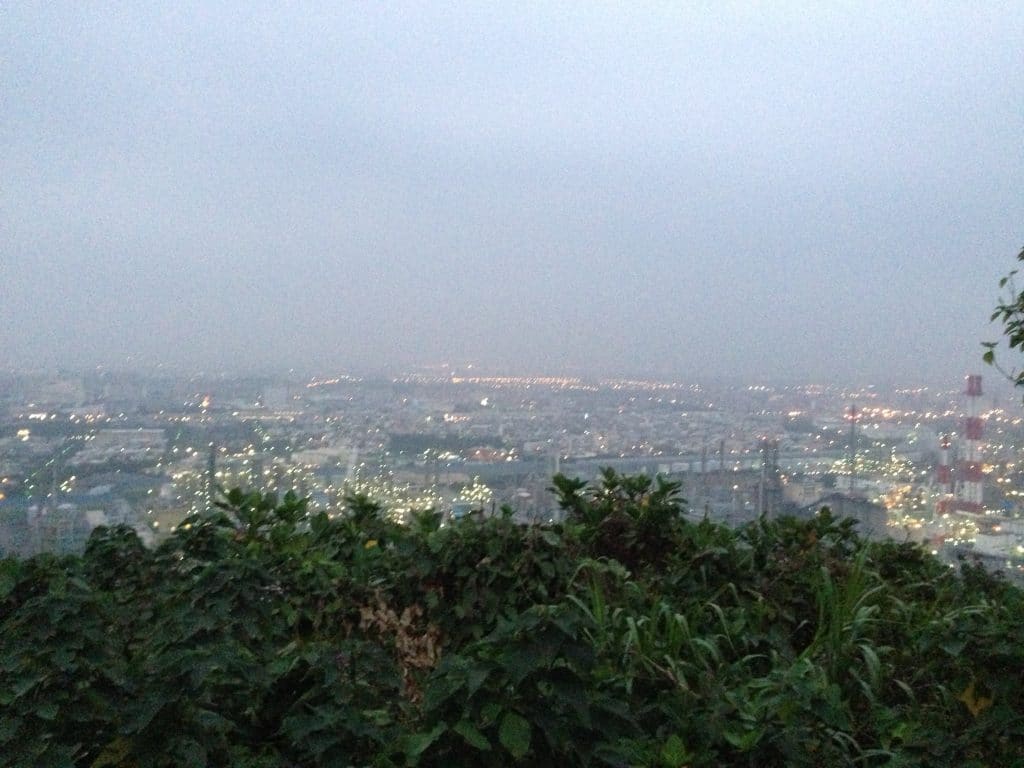 Needless to say, I immediately set up and took a break. 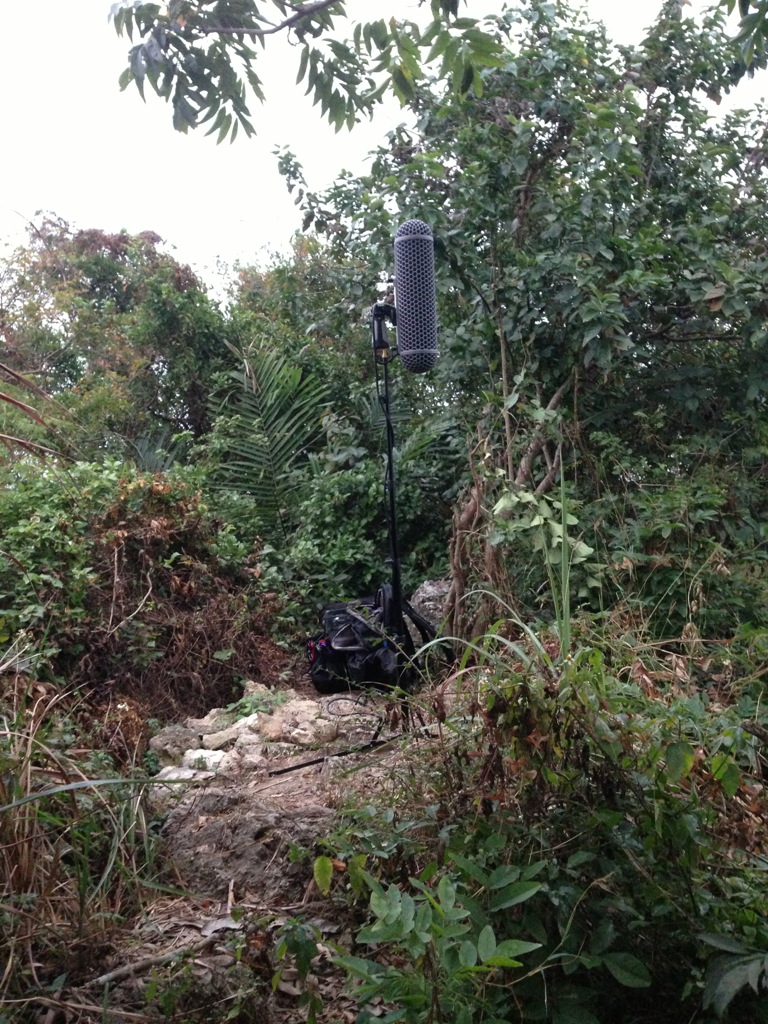 I stayed a while until it started getting dark. By this time most people were gone, but a surprising amount of “night trekkers” were out with flashlights – and this on a Monday night! I figured I’d get a couple night recordings and did. 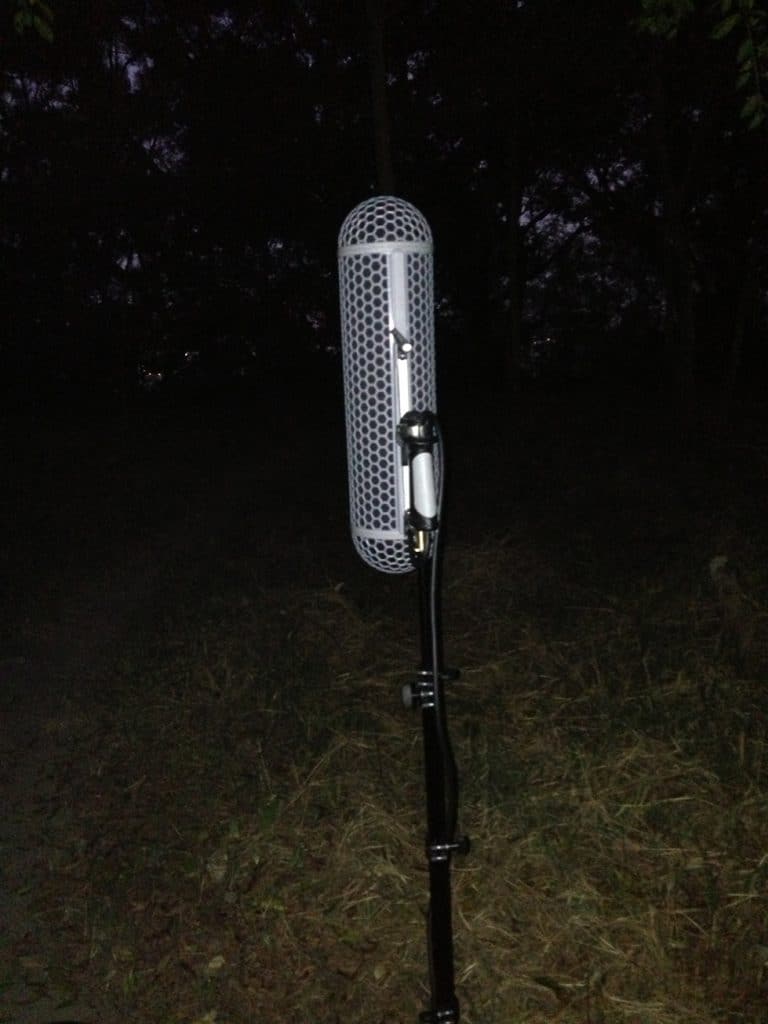 All in all it was an OK trip as far as sound recording went. Minus the oil refinery, I think I could have captured a great “inner city” mountain sound. But the oil refinery just kind of screwed that up. Experience-wise, I think it was great though. Some nice views to be had of the city, both day and night. 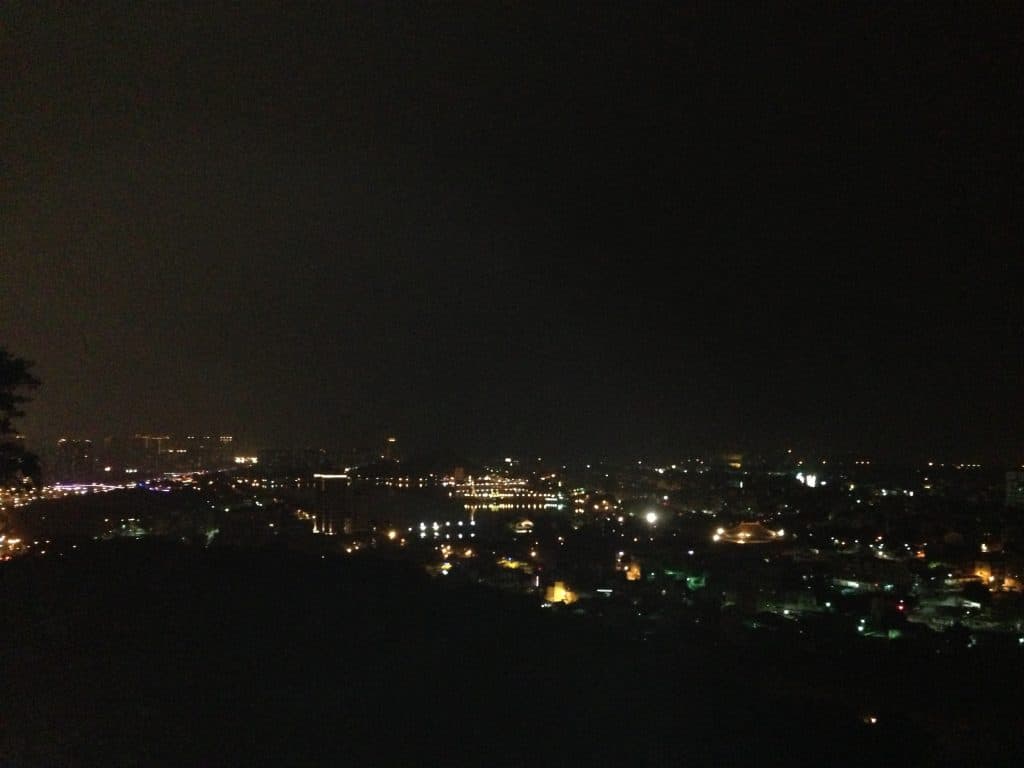 Here’s a recording that’s not so bad. I’ve EQ’d it a bit, but you can still hear the low hum from the refinery. Some of that may also just be low-end city noise I suppose.