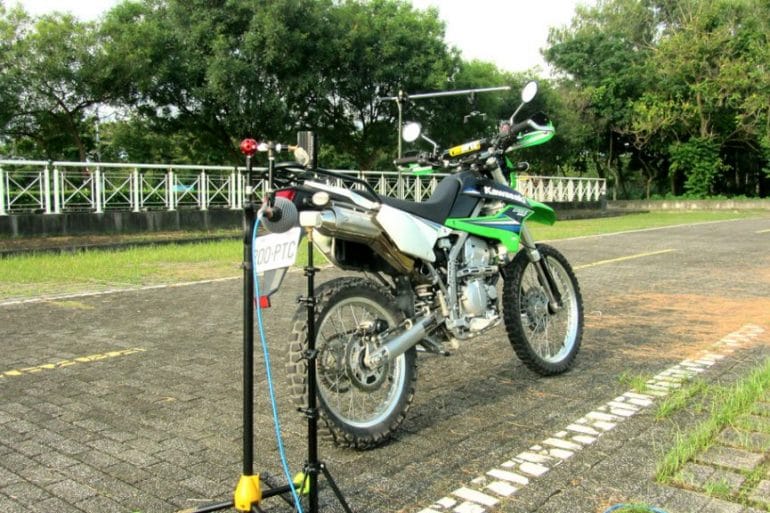 It came time for me to pick up a new slip-on exhaust for my bike. I wanted the weight savings of an aftermarket exhaust as well as the power increase. What I didn’t want was a headache and pissed off looks from people as I drove by. I wanted something quiet. I wanted to have my cake and to eat it too. After some diligent searching, the best option within my price range was the 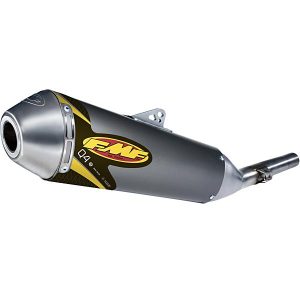 But there was a problem…

One guy reports it being real quiet. Another guy says it’s way too loud for him. So I quickly searched youtube for answers. And man, there are a bunch of videos for the Q4! A lot for the KLX as well. Ain’t the Internet a grand thing?! Well…not exactly.

The next problem is, you can’t really tell from the videos. Sound quality is all over the place. Well, not exactly. The sound quality sucks. And why shouldn’t it suck? They’re recorded with phones that use limited microphones. Bass is is majorly lacking. And some sound like there’s a low pass filter chopping off the higher frequencies.

With little to go on, I bought the Q4 *hoping* it wouldn’t be too loud for my liking. In event is was, my “Plan B” was to buy the Powercore 4 Quiet Core Insert that has been reported to fit with some small modifications and helps reduce the noise – AND…with no reported power loss. Nice!

With all that in mind, I went on a little nerdy crusade to make a video on the sound difference between my stock KLX250s muffler and my new FMF Q4. I figured what the hell. I have the audio  equipment, I’ve been dabbling in video lately. Why not give it a shot? Now the next guy thinking to buy a Q4 can have something solid to make his decision on. Or so I hope.

I was looking for a quiet place to record. It wasn’t easy. I’ve come to realize that there are no quiet places in Taiwan during daylight hours…only less noisy places. I decided on an industrial park in Pingdong county that’s “less than used”. It has lots of open spaces and not so much vehicle traffic. There’s a parking lot for nobody that looked great for the test. (literally no buildings around and no practical reason to park there) 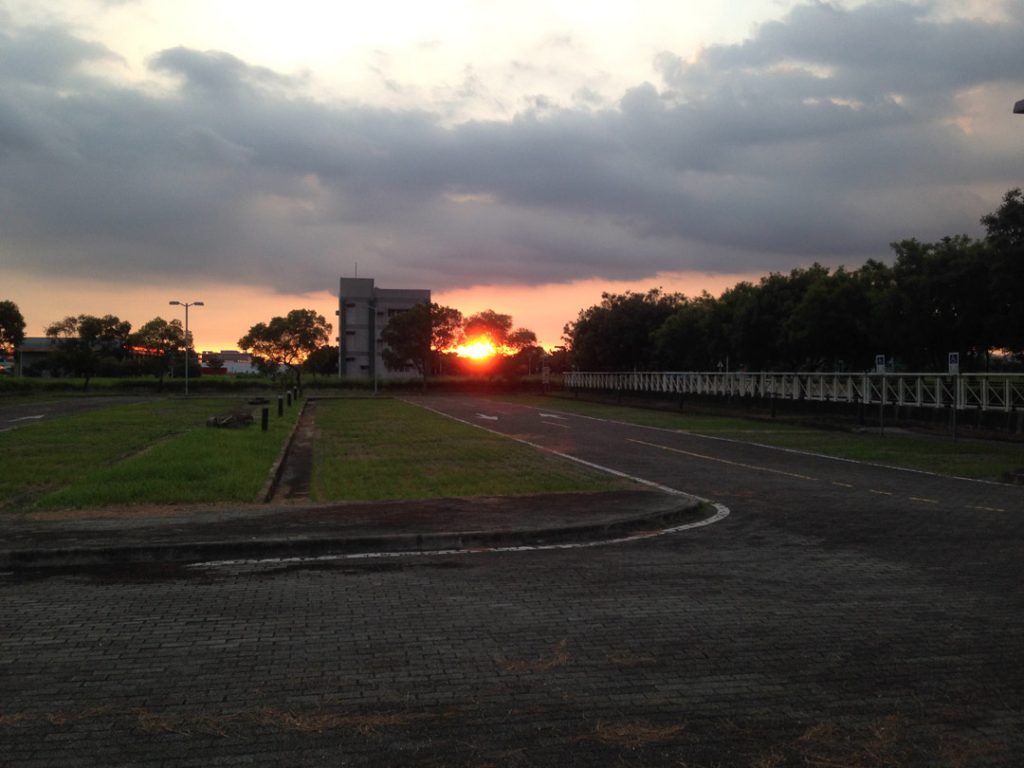 I packed up all my gear and made the drive out… 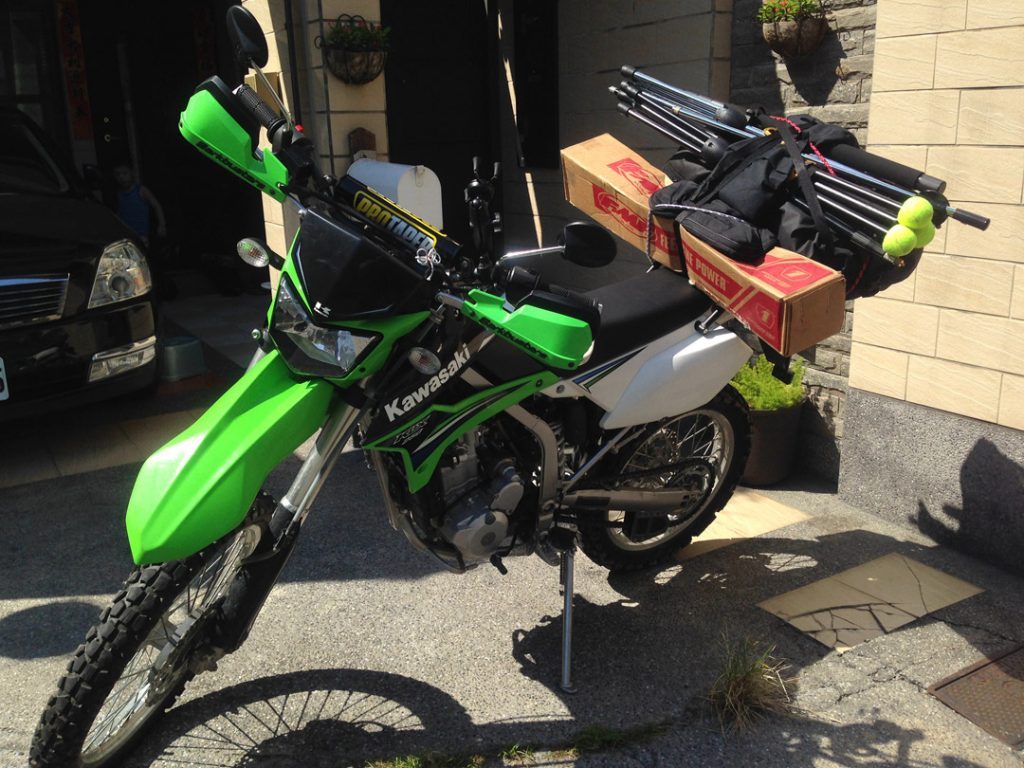 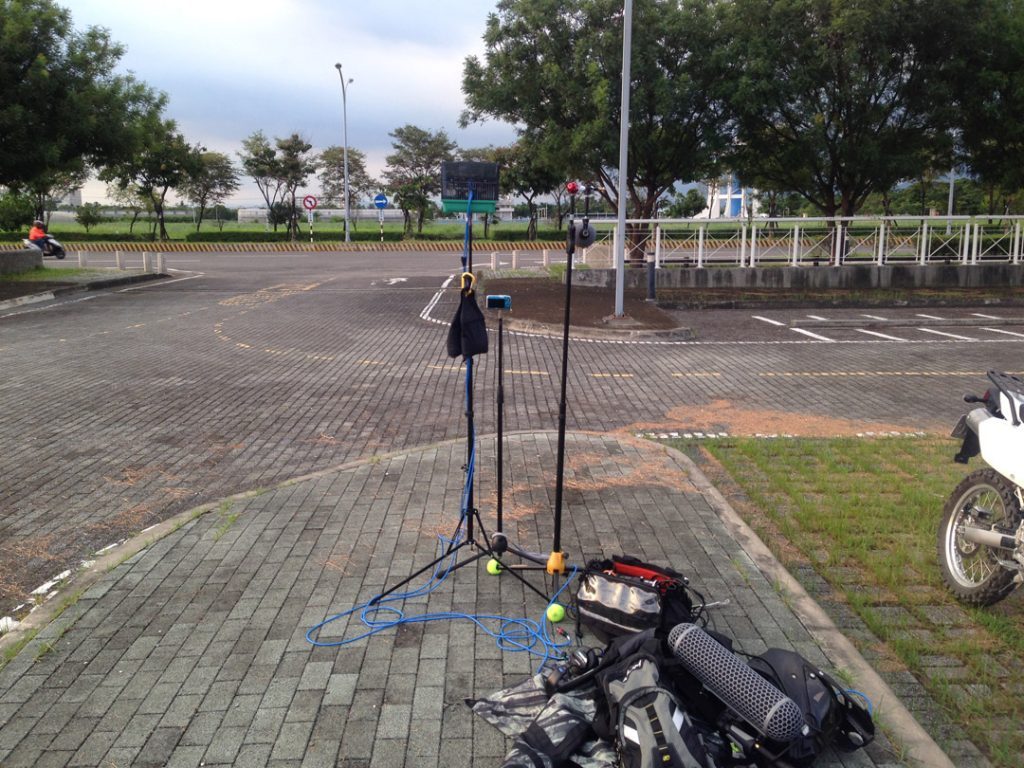 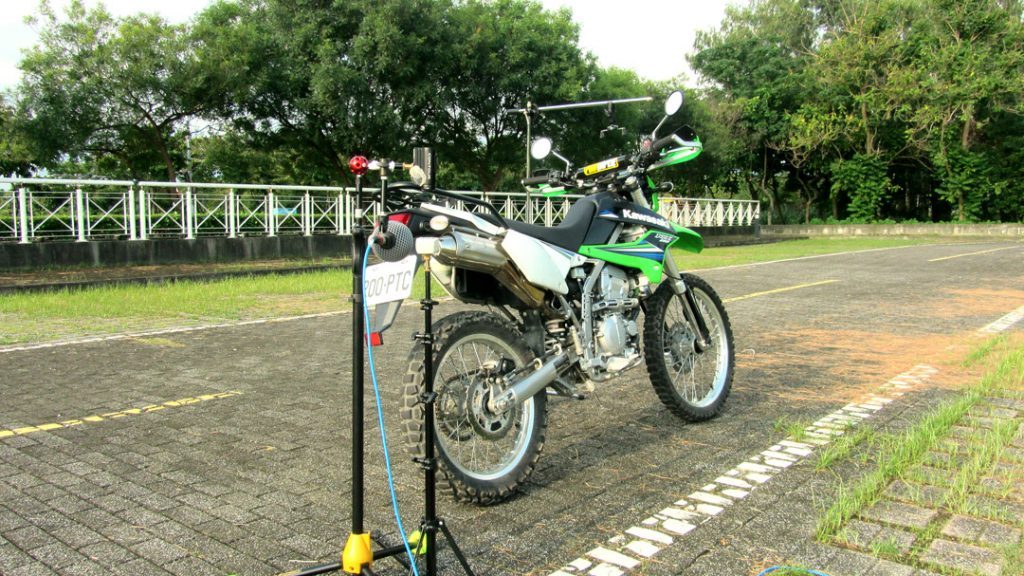 I later realized it would take about 24 hours for the high temp silicone to properly cure. So I brought the Q4 for nothing.

There are three parts to the comparison:

It didn’t turn out perfect–there was a glare obscuring part of the tach in the stock exhaust scene–but I think it gets the job done. I’m pleased with the audio. I made note of all the preamps’ volume levels, placed the mics in exactly the same spots, and level matched everything in post. I further double checked the statistics in each of the individual parts of the loudness test to see if they corresponded to the differences in the sound level meter’s readings. And they did. (i.e. Sound meter showed 12db difference at 5000RPM and the recordings showed a 12db difference as well)

(The rest is stock)

As expected, the Q4 has a lot more “bark” and plenty of bass. When you first listen you might think something is screwed up. I sure did. The Q4 sounds WAAAAAAY louder. I double checked everything…twice. And it all adds up. The Q4 is roughly 10dBA or so louder than stock. Though at higher RPM’s they’re closer (6dba difference at 8000RPM)

Here are the rough numbers:

Something very important to keep in mind is how the decibel scale works. It’s not a linear scale like a ruler, it’s a logarithmic scale. So saying something is 10dB higher is saying it has 10 times the sound intensity (power). But as far as perceived loudness goes, it’s roughly twice as loud. So you could say that the FMF Q4 is roughly twice as loud as the stock KLX250s exhaust. Also keep in mind that these were measured 50 centimeters away from the exhaust.

You can test this for yourself if you have audio software that can give you statistics of the selected audio. Simply double the audio track of the stock exhaust, save it to a new file and compare it to the Q4. The decibels will be darn near the same.

Here’s a copy of the original audio in case youtube has done something to it: KLX250s Stock Exhaust vs Q4 Original Audio

This “test” was just for fun. This wasn’t meant to be scientific, and shouldn’t be taken as such. There are just too many variables to be controlled for me to make this anything beyond a fun reference. Audio recording is my job and hobby. So I enjoy the steps involved in putting something like this together. If you have any comments, please feel free to post in the comments section. 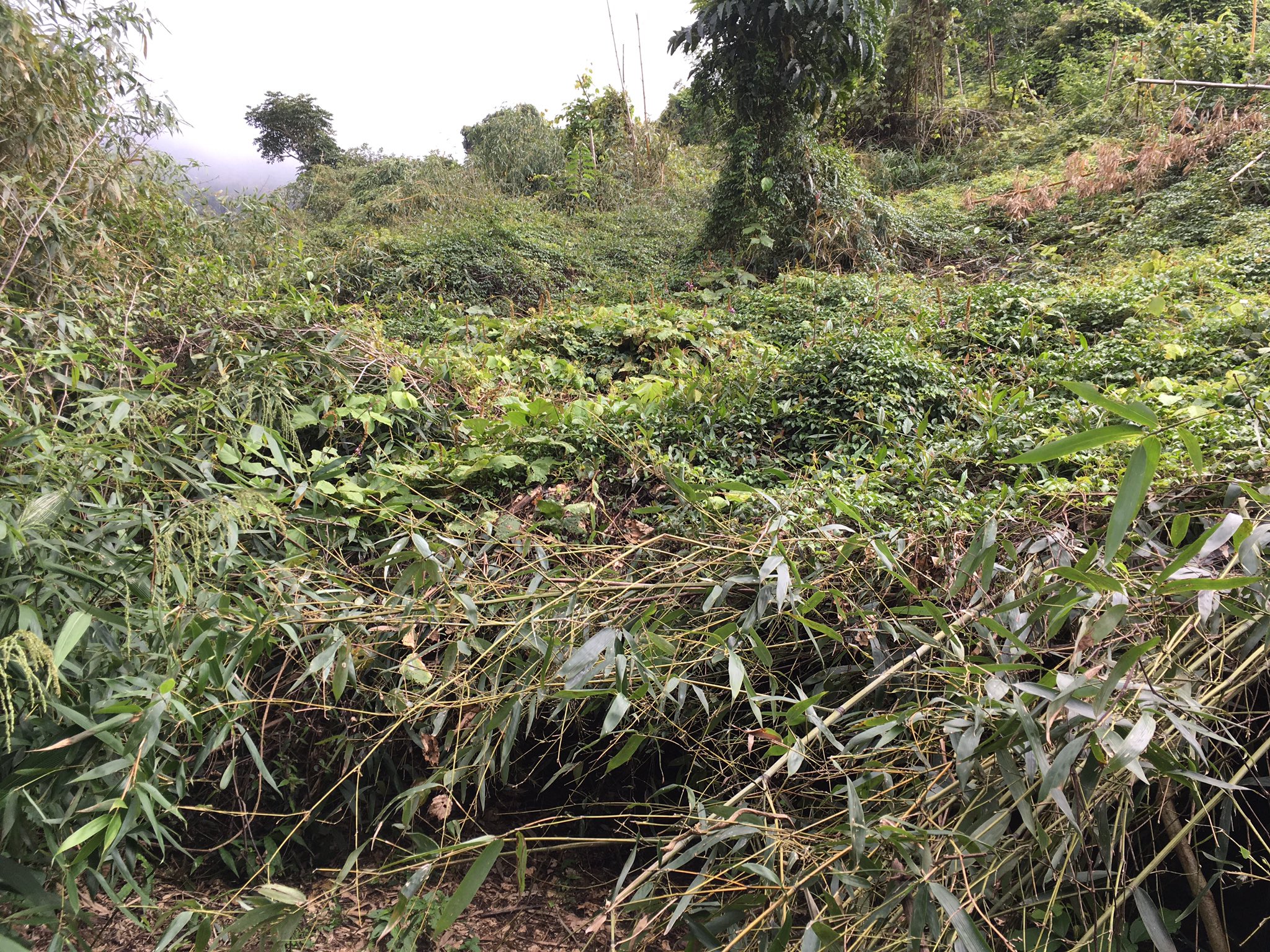