Earlier this year I decided to do something I had never done before: solo off-trail hiking. Most of the hikes I do are solo; and I’ve hiked off-trail a good deal.

But I’ve never purposely set off to hike off-trail for the entire hike. This would all be new to me in a way.

Taiwan hiking typically involves mountains with steep elevation gain. The lower-level mountains–where I usually hike–are often covered with dense jungle. Off-trail hiking these mountains is dangerous – heck, even the well-hiked trails can be dangerous! So proper planning was a MUST. I quickly zeroed in on a mountain peak I had my eye on for a while, JiaPuAnShan mountain peak. Standing at 1084 meters, it’s not very high, but getting there isn’t easy – especially not with the route I was planning.

A Good Plan is Extremely Important

First, I consulted a topographic map. In fact, I searched through every map I could find of that area. You might find something helpful on an old map that doesn’t exist on current maps. For example, an abandoned logging road that can still be used to hasten your journey. Use what shortcuts you can find – assuming they’re safe!

As you can see, this old map shows an old road network to the east and west of my proposed route (in blue). They didn’t seem useful to me, but you never know what you might find. If you’re not sure how to read a topographic map, I HIGHLY suggest you learn.

My plan was to first hike an existing trail that goes to a peak on the same ridge. But when reaching the ridge, head in the opposite direction. I allotted two days for the trip. With the help of Google Earth I plotted a rough route and loaded them on my phone and Suunto watch. This was to help keep me from making any major mistakes while navigating.

I had a backup plan in case I ran into trouble. Any number of things could deem a hike not worth the risk. Knowing when to call it quits is an important part of ANY hiking, but off-trail hiking in particular. With my plan complete, I gave my wife a detailed route and informed her of my backup plan. This is something I do for every hike, but this time is was far more important. I also carry a satellite phone, but it won’t do much good if I’m lying hurt in a ravine with no signal. Communication devices are important, but don’t rely solely on them.

Packing for this hike was much like any other hike (The Ten Essentials), with a few differences. I suggest either a tough backpack or a pack you don’t care about. It WILL take a beating, as will your body. So make sure your FAK (First Aid Kit) is properly stocked and you know how to use it. I had to use it once for this hike.

Because it was a ridge hike, there would be no water sources. I had to bring all the water I would need for two days. That meant packing light was a must. Also, there’s a good deal of crawling and climbing involved in off-trail hiking. Heavier loads are more unstable and a larger pack will get caught up on stuff. You should also avoid attaching items to the outside of your pack if possible.

I double checked my FAK…good to go. Sharpened my machete, prepared clothes (long sleeve shirt, long pants, and gloves are a must), and waited for a couple days of good weather.

When the day arrived I started late, past mid-morning, because I would have plenty of time. It was 10 kilometers one way. I needed to make it to the 7 kilometer mark where I thought a decent place to camp would be located.

The beginning of the hike was tough. It started with a STEEP and dangerous climb followed by 1.9 kilometers with 700 meter elevation gain.

Despite trying to pack light, my pack was still quite heavy because of all the water. If that wasn’t enough. This “trail” was filled with every type of thorn imaginable. Thorny bushes, thorny vines, thorny grass, thorny leaves and yes, even thorny TREES!

Me and my pack took a beating…

…but we made it to the ridge. And this is where the “fun” began.

I’d be lying if I told you I felt fearless at this point. But I had a plan and plenty of experience, so I continued on. Except…the route I had drawn was already very wrong. I needed to follow the ridge down, but couldn’t find a place that wasn’t too steep. After backtracking, and a little exploration, I found a “less steep” path down the ridge. When I got to the bottom I was surprised to have found what I thought to be an old farmer road and a plastic bottle.

I was a little bummed by all this because that meant I wasn’t the first person to be out there. Oh well.

I followed the ridge as best I could. It was easy in some places and tough in others.

I was getting cut and banged up – the mountain was abusing me. But my nerves had calmed and I felt good about the hike.

Roughly four hours into it I came to another abandoned road. This one appeared to follow the direction of my route, so I took a chance and followed it. That was a bad call. The ridge kept getting higher and higher, and the road seemed to angle down a bit. I didn’t want to backtrack, so I chose to cut up the mountain to reach the ridge again. The mountains here erode quickly, so it wasn’t easy to climb up.

It’s difficult to tell how steep it was with a GoPro. But believe me, it was.

From there, things only got worse. The ridge became dense with trees and vines. I had to zigzag my way through it, sometimes on my stomach. In general, I try not to waste energy chopping a path with my machete if I can help it. But sometimes it’s unavoidable. This was one of those times.

That’s when I questioned my decision to hike this ridge. But fortunately it didn’t last forever. The ridge DID have some less dense areas and even some ways to bypass that mess altogether. One thing I (re)learned on my second day is not to rigidly stick to my route (the ridge), but to find areas off to the sides of the ridge that are easier to hike. Twice on the way back I found easier and quicker routes.

I knew that I should have been looking for those flat areas to the sides of the ridge, but there was some sort of “comfort” with unconsciously sticking with my planned route that I couldn’t shake. Sort of like following someone else’s GPX track.

End of Day One

I began looking for a campsite about five hours in. It didn’t seem like I would make it to my proposed campsite, and I was worried that I wouldn’t find a suitable location. It took another hour of hiking before I found a spot. There was a saddle I had assumed would work–and it would have been fine–but I lucked out and noticed a PERFECT campsite off to the side of the ridge that was flat AND would keep me sheltered from the strong winds this area is known for. Win-win!

The next morning I woke up at 4:30am so I could get an early start. I was a kilometer short of where I had planned to camp, so I had some catching up to do. At first light I set off. This time with a much lighter pack, as I left non-essentials at camp.

More Than I Had Bargained For

The ridge was more or less similar to what I had hiked the day before; perhaps even easier. That is, until it connected to the main ridge that led to JiaPuAnShan. There was a game trail I could follow up, but that’s where my luck ended. The ground was wet and muddy. My footing was very unstable. It wasn’t long before my legs were drenched. I picked up three land leeches that hike, undoubtedly from that section.

But all that was nothing compared to what I faced when I arrived at the intersection of the two ridges. Pure jungle…

It was thick and unforgiving. Everything was wet. It “rained” with every stroke of my machete. I was soaked. Because of the wetness, I didn’t take any pictures. But I had my GoPro filming.

When I turned north to make the final 800 meter push to the peak, it became ten times worse. There was a steep drop-off concealed by thick overgrowth. I probed for a way down and luckily found a sliver of ridge that wasn’t too steep. “If I can only cut through this little bit, I’ll be to the peak in no time!” I thought. And I DID make it through that mess. But I was wrong. The terrain only became worse in a different manner. Thick, thick trees with steep slopes on either side.

It wasn’t all doom and gloom. This is one part of the hike that had a view.

I pushed through as best as I could, but in the end I had to call it a day. For the record, I COULD have made it to the peak. But I set a cutoff time of 9am to get there. It was 8:40am and I had another hour to go. I wasn’t going to chance hiking any portion of that in the dark on the way back. So that was that.

I’m not bitter. I’ll go back and complete it next year. It was a GREAT learning experience! If you try off-trail hiking, make sure it’s legal where you plan to hike and do your best to tread lightly. Leave No Trace (LNT) rules still apply. Though it’s not for everyone–and I do suggest you do it with a group of experienced off-trail hikers first–for me, more off-trail hiking please! 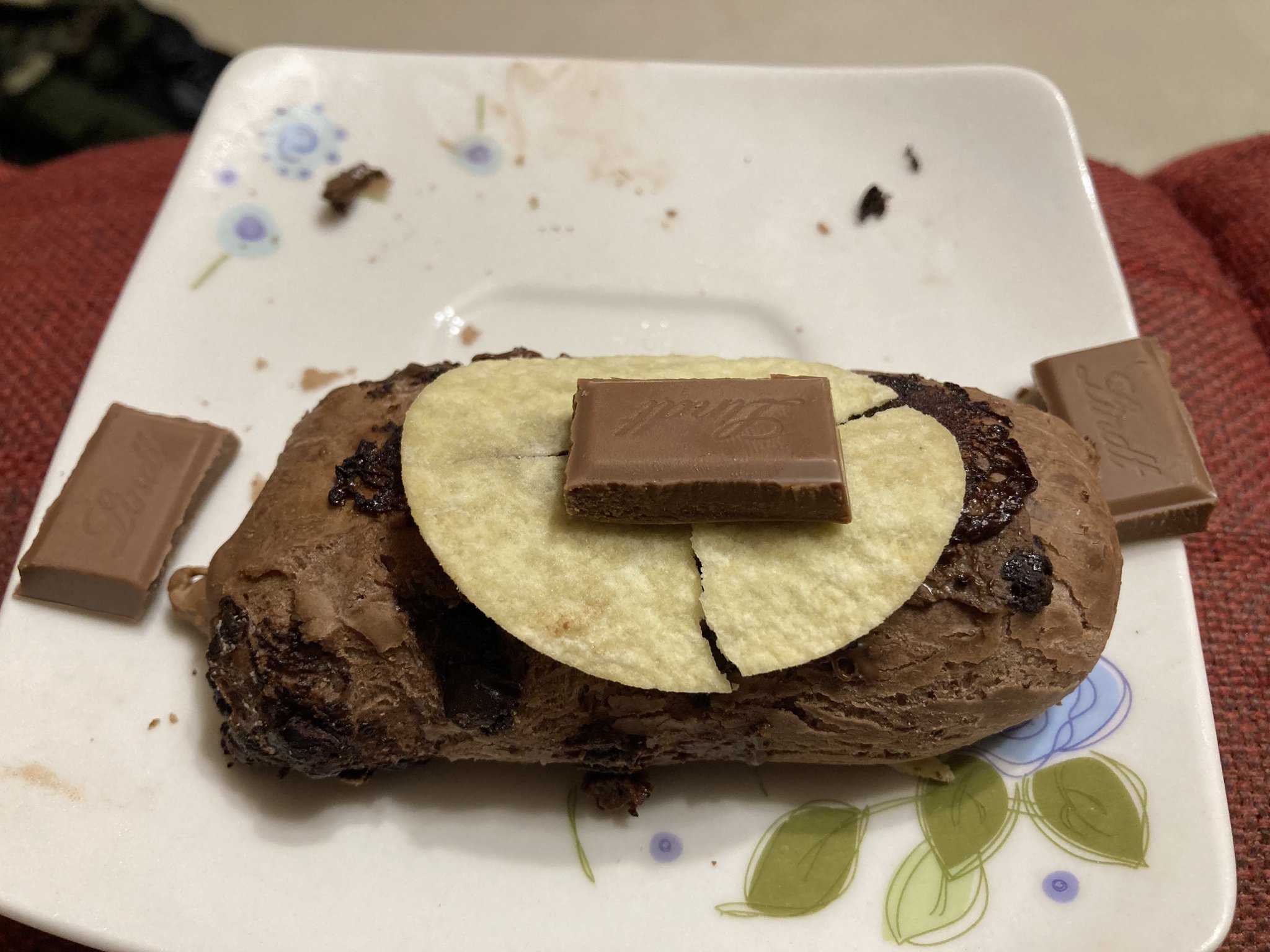