Dayuan mountain 大原山 is a small peak located just east of Liugui 六龜. It’s fairly easy to get to and ideal for a half day hike or a full day ride and hike.

I had been cooped up in my house for the past month because of all the rain we’ve had. The weather was starting to look better, but a massive typhoon was on the way and I knew we’d at least have several days of more rain, so I said screw it and prepared for an outing. I wanted to go somewhere I could ride my bike on the trails and also hike to a peak. I remembered there was a small peak with some decent trails near Liugui that I rode last November. This seemed an ideal spot.

The plan was to ride to the trail head, hike to the peak, then back down for some trail riding. And that’s exactly how it went.

My GPX track (download it below) starts at an intersection with a little shrine or something. I didn’t think to take a picture, but here’s a Google Street View picture.

Take the left and head up!

From here it’s about 3.4km to the trail head. The majority of the road is concrete, but it will eventually turn into dirt.

Still be careful on the concrete. There’s a few sections with water running across the road and plenty of moss. When I went last November there was none of this though. Anyway, be careful.

The views on the way up are sparse, but pretty nice.

You’ll reach the trail head when you see this little shrine on the right.

To the right of the shrine is a dirt road headed up. That’s where you’ll need to go.

From here it’s about 1.4 kilometers to the peak. Now here’s the dilemma. If you have a bike that’s capable of riding easily in the dirt, then you could drive up this section and knock 700 meters off your hike. For me, I was there for a hike so I parked my bike and started the ascent.

As you go up you’ll come to a fork. Stay to the left and keep going up.

After about 700 meters you’ll split off the old farm road and start down a trail. The trail eventually links back up with the road, so you could just stick to the road the entire way if you want. I chose not to because the trail looked more traveled than the road.

The trail itself is like any other trail I’ve been on in Taiwan.

There’s one section with a couple ropes that looks pretty steep. It’s not as bad as it looks once you start climbing. Just be careful with the second rope; it’s attached to a dead tree. It’s OK for now but I’m guessing it won’t be too safe in a couple years.

The trail isn’t well marked (unless you count trash from irresponsible hikers as markers) but with a GPX trace to follow you should be able to make your way up easily enough. Not too long after the rope section you’ll reach the peak.

And take your obligatory “peak pic”

And right, there isn’t a sign up there with the name and elevation. So make and bring your own if that’s important to you.

Some other peak shots…

There’s only one direction that offers a view. As you can see, I brought clouds up with me. 🙁 I couldn’t see anything but white; but on a good note, it was nice and cool up there!

That’s pretty much the entire hike. Great for a morning or afternoon hike if you can’t do an all day. If you would like to make it an all-day thing, you could couple this hike with a hike to DaGongZhan 大貢占山 across the river on the other side of LiuGui. I haven’t hiked it, but I’ve read of locals doing these two together. With a stop for food in LiuGui between hikes, it could make for a nice little day trip.

In terms of distance, there isn’t a lot of trails out there. But there’s one fantastic section that I would go back again and again to ride.

In the very beginning when it’s still pavement there’s a steep-ish trail to your right heading up. It’s only about 1 kilometer up from the main road. As you’ll see in the GPX trace, there’s a whole little network of trails up there. Most of them are steep uphills. The thing I like about these trails are the duration of the climbs. With most steeper switchback in Taiwan, they don’t last too long. But these last longer than most. Most of these climbs have loose dirt and rocks. Challenging and fun! Highly recommended.

Here’s a quick and dirty cut up video of some of this area.

After the first climb you’ll come to this banner. Basically says, don’t set the forest on fire. Well duh! 🙂

At the top is an open area. I’m not sure what this is supposed to be but I guess you could camp here. There appeared to be some trails headed off in different directions, but I’m not positive that’s what they are. They could just be farmer trails. There was a lot of evidence of bamboo farming all over those trails that day.

When you’re done playing up here, head back to the main trail and make your way further into the mountains. There are several small trails that branch off from the main trail. Most of them don’t go anywhere. Check them out if you want to though.

There’s one trail that’s been blocked in an interesting way.

I can only guess that this trail goes over into the restricted Shan-Ping Forest area – 扇平森林生態科學園. If not, then I’m really curious what they don’t want you to see. I may try hiking it next time.

Speaking of Shan-Ping, there is a place where the trail nearly meets a road inside Shan-Ping.

They’ve made an effort to warn you that you shouldn’t go beyond this point, with both steel cables and a sign.

By all the hiking ribbons tied to the cable, you can see the warnings go unheeded.

Hikers will cross here on their way up to YuYouShan and JianFuShan (御油山 & 見付山). I would really love to ride and/or hike in Shan-Ping, but you need a permit. It’s possible though. I’ve heard of people getting them. So maybe one day…

Now if you’re thinking, “Hey! I can cross over at this point,” well…I wouldn’t try it unless you had a few people with you.

It’s hard to tell the elevation difference here, but it’s enough to cause you some problems. As I remember, you could probably make it down without crashing, but you’d never make it up without a couple people helping you. You’ll probably want to bring a rope.

The house must have been abandoned long ago, but there were plenty of old “relics” littering the ground. Here are a few.

Let me take a moment to say something about abandoned baseball caps. I FIND THEM EVERYWHERE!!! Seriously! I’ve found them on riverbeds, on trails, off trails, just all over. The hat above was from my trip in November. But low and behold, I found another one on this trip.

Getting back to the old house, I want to give you one warning. You need to ride up a short trail to get to the house. Before you get to the house, there’s a small stream that crosses the path. Buried in the ground is a PVC pipe. I didn’t notice it but my rear tire did. It spun on the pipe and nearly followed it down the mountainside. I’d recommend parking before the stream.

Also, on my GPX track it looks like that cool network of trails passes the house, but it doesn’t. There’s a small path that goes to the house, but there’s no way you can connect the two on your bike. If you want to save yourself some time, you could visit the house while in the network of trails. Stop when you see this tiny shrine and follow the path. You’ll see it below.

I don’t have anything to add other than this shot of the mountains leading to Tengzhi 藤枝.

OutRecording @OutRecording
1
We bought a companion for our pigeon. He loves it. He’ll sometimes push it out of his box so we can “make it come alive” to peck at him and snuggle with him. Poor guy is lonely. 😕 https://t.co/5EDH4bfEAa 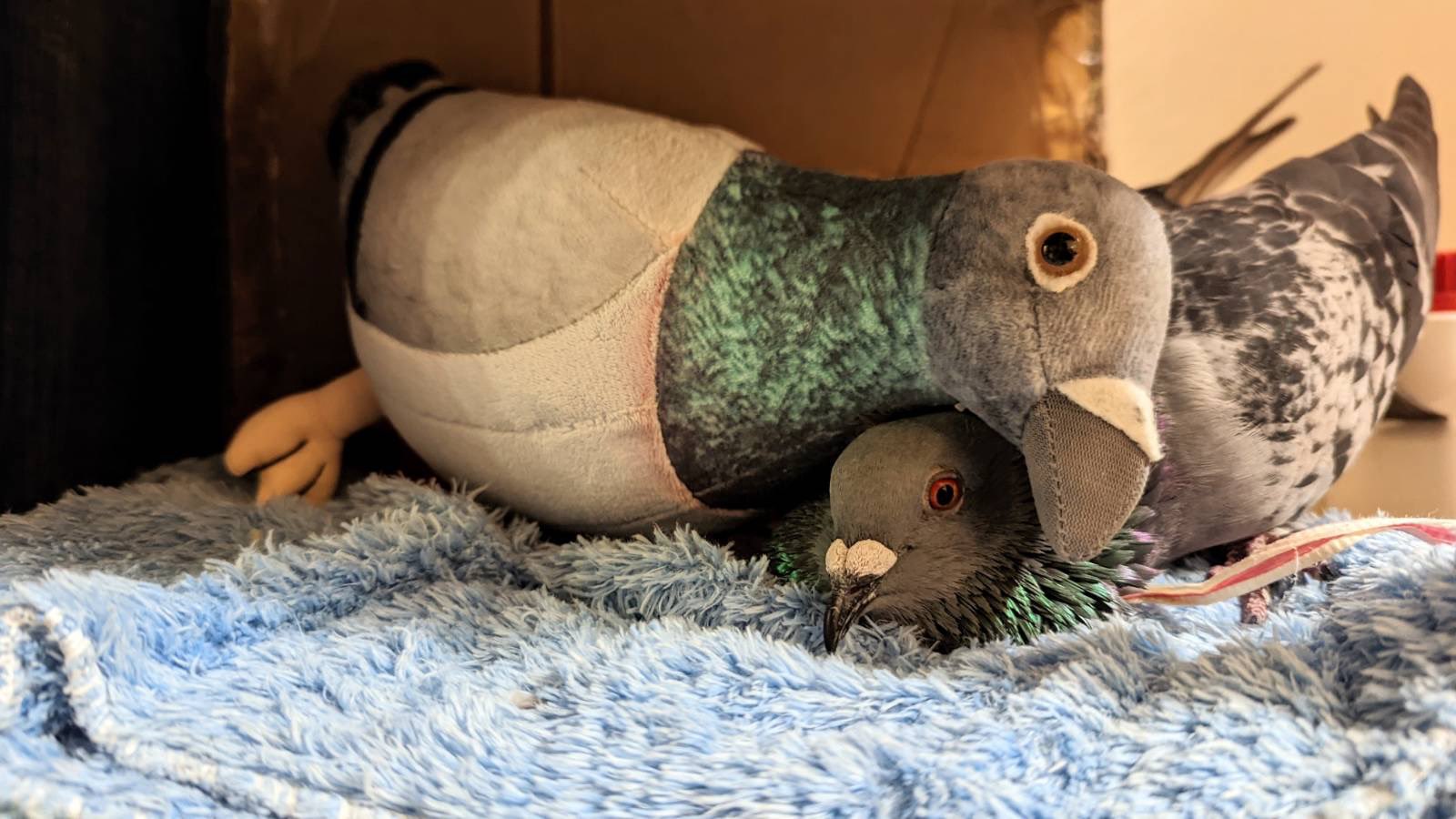