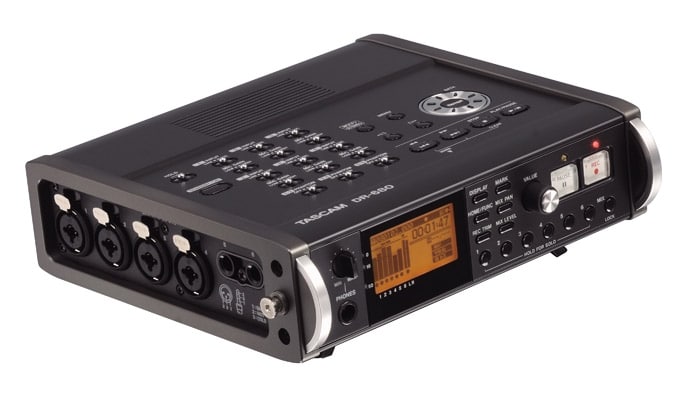 A recent discussion over at gearslutz opened my eyes to a major problem (for me) of my Tascam DR-680: Unacceptable phantom power noise at higher gain. I have the Busman Mod, which lowers the overall noise of the unit. However, according to a poster in that thread, the mod won’t make much of a difference until you’ve sorted out the phantom power noise problem. After reading that post, I immediately did some testing.

One thing I had noticed a while back was that some channels had more noise than others at a very high gain. The noise wasn’t uniform-sounding across all channels. Channel 4 in particular was making a far more noticeable noise.

For me, that’s a big deal. In an ambisonic recording, if one channel is putting out more noise (or a different type of noise) than the others, then it very well may show in the final decoded sound. That’s evident in the recording below.

Testing phantom power noise was as simple as turning up the gain and flicking it on and off. Of course with no mic plugged in. You can hear a stark difference when turned on and off at a HIGH GAIN.

I’m not particularly disappointed in this as compromises need to be made when designing a box like this for such a low price. You get what you pay for. And for many people, this wouldn’t be a problem at all. This problem is certainly nothing a good external phantom power box can’t fix, or a mod, as described . (forum is dead)

I had considered those two options, but first I wanted to find out just how much noise the preamps were making. I took a recent outdoor recording that needed high amounts of gain and used RX2 to remove the preamp and phantom power noise. It’s hardly scientific or conclusive, as I recorded each input with the same amount of gain and with nothing connected, and made a noise profile out of that. But it was revealing nonetheless.

Here are my unscientific recordings of both. Download the WAV files and put them in your DAW and jump back and forth between them. You can clearly hear the difference. I’ve increased the gain digitally by about 20db to illustrate. Notice the right channel has more noise than the left. That probably has to do with my extra noisy channel 4. I’m not using that channel for the moment.

At this point I’ve decided I need to make a change so I can record with less noise. For a lot of what I record it won’t be a problem. But there are plenty of times when I need to bring the gain up to a higher level. I strongly considered buying a pair of Core Sound 2phant phantom power boxes. But I have no idea if these will truly solve my problem. I’m sure they’ll work great, but what if my current preamps are STILL too noisy for my taste? I don’t want to throw my money away. And the thought of opening up my DR-680 and modding it doesn’t sit well with me. So…

Maybe an external preamp (with phantom power) is the solution. The only problem is, there aren’t a heck of a lot of products out there that fit what I need: 4 Channels, Phantom Power, Stepped Gain, Battery Powered and inexpensive. Soundfield actually does make a preamp (the SMP200) designed for the SPS200, but for some wild reason it’s AC powered only.

After some searching, I’ve found the RME Quadmic. It fits the bill perfectly in every area EXCEPT stepped gain!

At its price point, I can’t overlook it. So what I decided to do is see what kind of noise I might be dealing with if I used an external preamp into the DR-680’s Line inputs. I’ve read that the Line inputs might have less noise. At any rate, sharing the gain stage could prove less noisy.

From several reviews, the Quadmic is a low noise preamp with non-noisy phantom power at high gain. I felt I could use a similar preamp that I have on hand to get an idea of what to expect. For this purpose I used my John Hardy M-1. On paper they look very similar in terms of noise. 129 dBu EIN @ 150 Ohm. Of course that’s only on paper and I could be reading everything wrong. But hey, this is just a personal test.

For my test I used a Gefell M930 inside my vocal booth into the M1 and into the DR-680’s Line in. I tried a few different gain structures to see which would yield the lowest noise. As sort of a baseline, I first recorded M930>M1>Lynx Aurora converter. I figured the noise present in this chain should be what I’m shooting for at a minimum.

Here are the different combinations I set up:

And the results… (using headphones is more revealing)

From what I’m hearing, #4 sounds like the lowest amount of noise from the group. But not much difference from #3. According to the stats in Nuendo, there’s a negligible difference.

I threw #5 in there for fun. Not sure if it’s fair to compare Line vs Mic inputs, but the noise difference is crazy.

In conclusion, I believe adding an external preamp with the DR-680 is the way to go. (DUH!) If the Quadmic performs as well as the hype, then I should lower my noise floor considerably and at a very reasonable cost. I’ll just need to take the time to manually set the level on each channel so they are spot on. Then figure out a way to protect them so they don’t move. Another possibility I’m researching is to put stepped gain pots of the Quadmic.

Let me finally add that the above testing is for me and only me that I thought I’d share with you. I don’t have an anechoic chamber to test in and my “procedures” may be flawed. But if you’re curious what to expect out of the Tascam DR-680 with Busman mod, then this may provide some insight. Please email me with any problems you see. I’ll be happy to test again.

And that’s my disclaimer… 🙂

OutRecording @OutRecording
3
What are these used to indicate? I should know, but they never make sense to me. They have never corresponded to distance or elevation. I only see them on popular trails. #taiwan #hiking https://t.co/ZJVl2Zuo0m 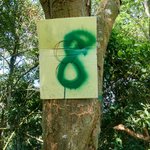 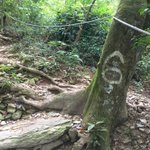 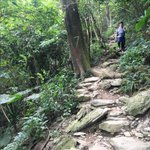